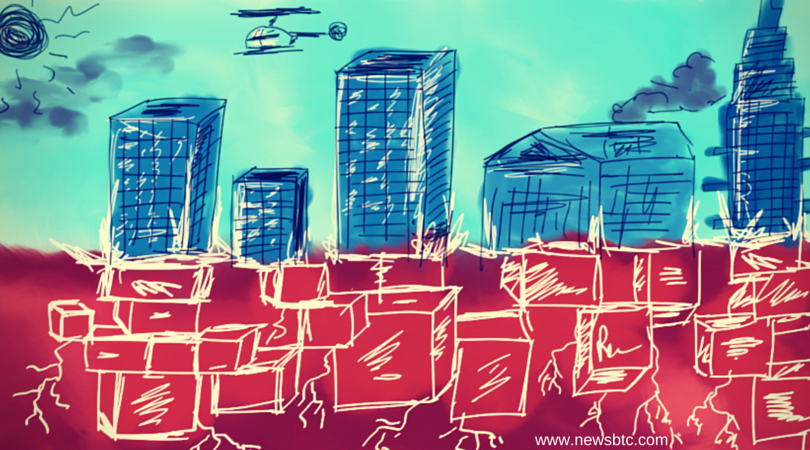 Cryptocurrency, once the realm of the Internet nerds and the tech underground, is now being openly embraced by governments and financial institutions. Major banks and Wall Street are moving to place their assets on the blockchain, and municipalities like the Isle of Man have begun formally registering companies on blockchains of their own. Now they’ve found a new use for Bitcoin technology: land.

Having an address is something citizens of developed countries take for granted. In places like Africa, up to 90% of rural land is unregistered, lying outside the official economic system with no legal owners. Even in major cities, people often have no official address, or multiple addresses from repeated failed attempts to address the problem.

This stifles the economy in several ways: mailing goods is impossible, and people cannot mortgage their property or use it as collateral to raise funds. They are cut off from government services, and likewise the government cannot apply property taxes or effectively gather census data. It’s with that in mind that developing nations are turning to the blockchain.

Factom has been secretly working with the government of Honduras to provide a solution. The Honduran Chief of Staff refused to comment, but Factom co-founder Peter Kirby indicated that they will use Epigraph to collect and organize property records, which are recorded on the Bitcoin blockchain using the Factom protocol.

“In the past, Honduras has struggled with land title fraud,” said Kirby. “The country’s database was basically hacked. So bureaucrats could get in there and they could get themselves beachfront properties.” (Reuters)

Government leaders have a keen interest in reigning in corrupt bureaucrats, especially in a country as poor as Honduras, which has the highest murder rate in the world. Factom can record changes to the land registry in real time, making such behavior easy to detect. The blockchain itself cannot be hacked.

Most government agencies won’t readily admit they have an internal problem, however. In other parts of the world, citizens are leading the way, such as the BitLand organization developing in Africa, led by Narigamba Mwinsuubo with the advice of Larry Christopher Bates.

They plan to use the tools provided by Factom and Epigraph to solve the same problem in Ghana. “It’s going to solve land disputes because everything will be transparent on the blockchain,” explained Philip Asare, a partner in the project. “Like how you can track Bitcoin transactions.”

Their vision has since spread to other countries such as Sierra Leone, Libya, South Africa and Cameroon. While it remains to be seen whether local governments will be receptive, a new movement has clearly begun. Corrupt bureaucrats be warned.