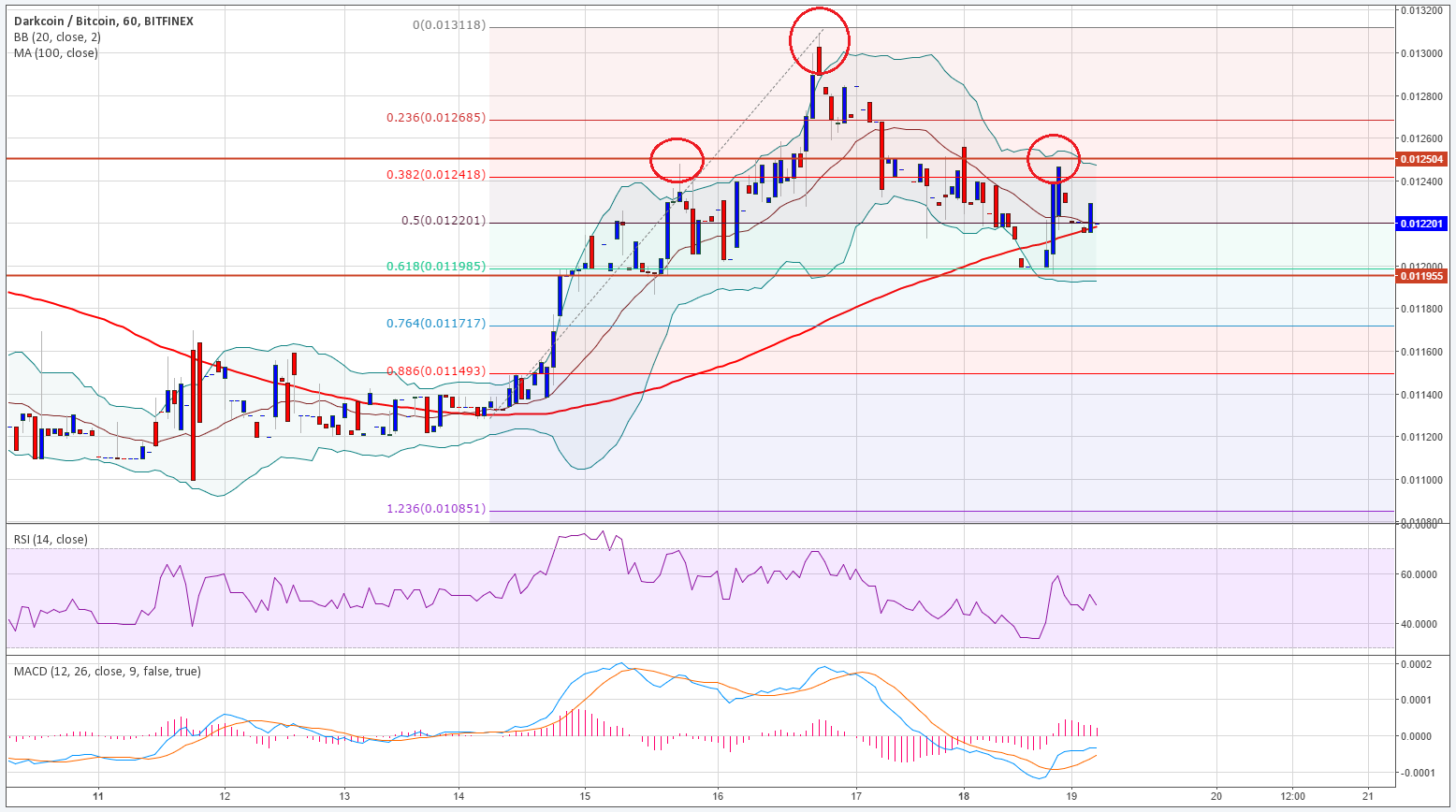 There are a few important things to note from the hourly chart of Dash, which points that if sellers gain control, more downsides are likely.

There is a monster support around 0.0120BTC, which acted as a barrier for sellers. Dash is currently moving back higher, but buyers need to be very careful as it looks like there is a chance of Head and Shoulders pattern formation on the hourly chart. If the pattern is valid, then 0.0125BTC must hold. The mentioned level also coincides with the upper band of Bollinger bands.

So, as long as the price is below 0.0125BTC, the probability of Dash moving lower is a lot more compared to a break higher. A break above the shoulder level (0.0125BTC) might invalidate the Head and Shoulders pattern, and could take prices toward 0.0131BTC.

Currently, Dash is trading around the 100 hourly simple moving average, which is providing support. A break and close below the 100 MA might be the first sign that the price could move lower. Furthermore, a move below 0.0119BTC might validate the pattern and call for a leg towards the last swing low of 0.0112BTC. One important point to note that 0.0119BTC is also around the 61.8% Fib retracement level of the last wave from the 0.0112BTC low to 0.0131BTC high.

So, we can conclude that the price is stuck between two important levels (0.0119BTC and 0.0125BTC). One is a support, and another is resistance. A break towards either side might call for a quick move in the short term.

Tags: DashDash technical analysisDownside possiblehead and shoulders pattern formation
TweetShare
BitStarz Player Lands $2,459,124 Record Win! Could you be next big winner? Win up to $1,000,000 in One Spin at CryptoSlots