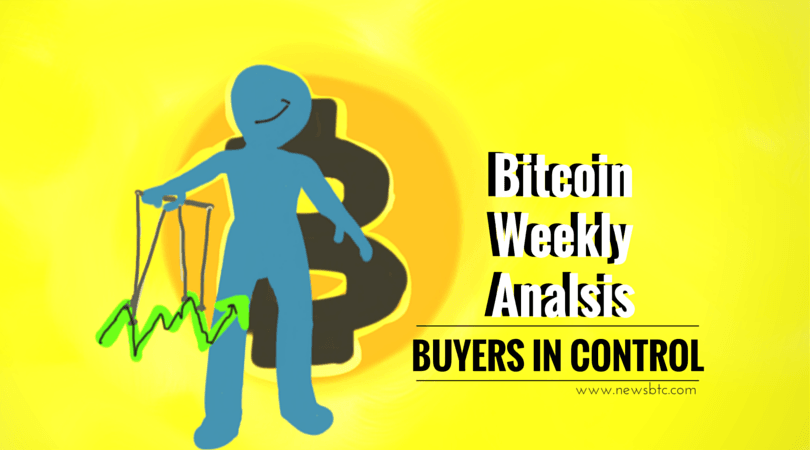 We were looking to buy dips in Bitcoin this past week, and it paid off to a great extent. Sellers struggled to contain prices, and as a result, there was a sharp upside reaction. There was a bearish trend line formed on the 4-hour chart of Bitcoin, which was breached this past week to set the path for a test of 240.00. There was a reaction noted around the mentioned area, and prices were seen correcting lower after testing 240.00.

The Upper Bollinger Band played its part and pushed the price lower, and sellers also managed to clear the 23.6% Fib retracement level of the last leg from the 231.00 low to 240.94 high. However, there is a major hurdle formed the 100 simple moving average (4H). It might play an important role in the short term, as if it holds there are chances of more upsides.

If sellers succeed in taking prices lower, then there is also a barrier around the 50% Fib retracement level at 235.94. It somehow also coincides with the broken trend line, which suggests buyers might appear around the mentioned level.

On the upside, the last swing high of 240.94 might continue to hold the upside moving ahead. We need to see whether buyers can manage to take prices above the stated level. A break above the same could take Bitcoin towards the 245.00 level.

Overall, as long as the price is above the 235.00 level, then the probability of Bitcoin prices moving higher is more.