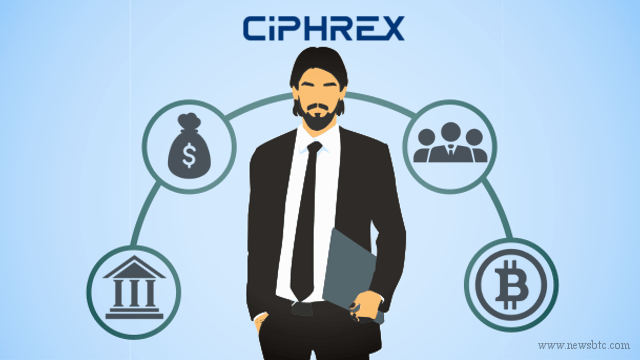 Next Article: Bitcoin Price Down; Here's What We're Watching

Cryptocurrency and blockchain technology-based leading software company Ciphrex had added Bitcoin law expert Peter Townshend to its Board of Advisors, the company announced via a press release today. The addition of Peter Townshend, who is also a partner at the leading law firm Perkins Coie LLP, will immensely boost the software company’s position as it sets up for the Series B round of financing.

Ciphrex’s co-founder and Chief Operations Officer Enrique Lombrozo said, “We are delighted to have Peter Townshend join the Ciphrex team as our legal advisor. He is an outstanding attorney who brings with him extensive experience working with some of the world’s most successful tech startups. We look forward to his continued and valuable advice backed by the vast resources of Perkins Coie.”

Bitcoin lawyer Townshend, who has earlier been associated with leading tech firms including eBay in 1996 and Plaxo in 2000 said, “Perkins Coie is a leader in representing virtual currency startups and Ciphrex is a leader in this space, so it’s a natural fit for us to work together. I’m impressed by the leadership team of Enrique and Eric Lombrozo, with Eric as a thought leader and visionary, and Enrique with his successful track record of growing companies. My partners and I at Perkins Coie believe Ciphrex will be one of the big successes in the digital currency space.”

Ciphrex was co-founded by Eric Lombrozo and Enrique Lombrozo in 2013. Its product line includes mSIGNA™ and CoinSocket™. mSIGNA™ is touted as the next generation, multi-signature Bitcoin wallet giving complete control to users.