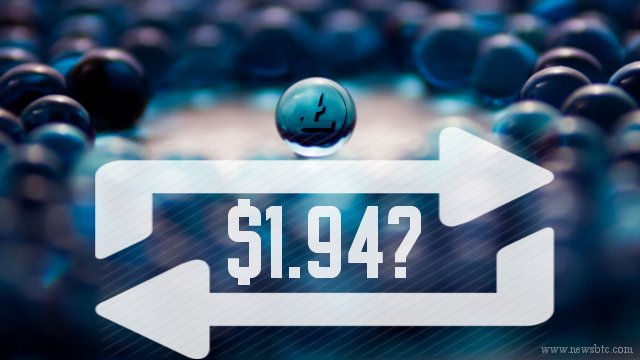 Litecoin price after setting a short-term top around $1.94 corrected lower sharply. It declined more than 15% to trade near $1.60. The price even pierced the 61.8% Fib retracement level of the last leg from the $1.44 low to $1.94 high, and found support just above the 76.4% Fib level. There was a move below the 100 simple moving average on the 4-hours chart, but later recovered sharply to trade back above it.

There is a major bullish trend line formed on the 4-hours chart of Litecoin, which is acting as a support in the near term. The Lower Bollinger Band is also playing its part, and helping buyers. The most important point is that the price is supported by the Middle Bollinger Band, and if it clears the $1.80 level, more upsides are possible moving ahead.

As long as the price is above the 100 SMA the chances of the price moving higher is more compared with a break lower. We must not forget that $1.50 is a monster support on the downside, which is a barrier for sellers. A break below the highlighted trend line might ignite a move towards the $1.50 support area.

On the upside, there is a critical resistance formed around $1.80, which might stall the upside in the near term. A break above the stated level could set the price for a retest of $1.94. Any further gains should be limited considering the current market sentiment. The 4H RSI is above the 50 level, which is a positive sign in the near future.

Tags: Litecoinlitecoin price weekly analysisPrice to move towards $1.94
TweetShare
BitStarz Player Lands $2,459,124 Record Win! Could you be next big winner? Win up to $1,000,000 in One Spin at CryptoSlots