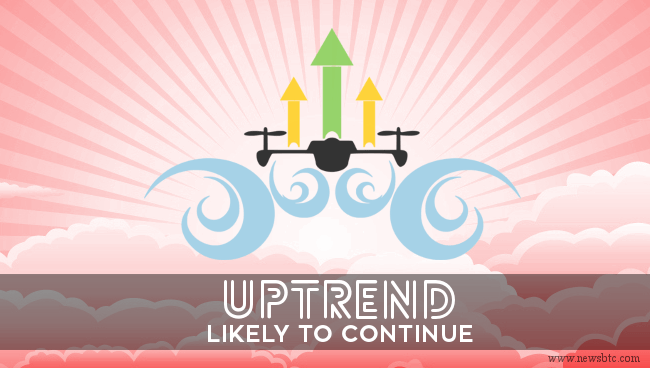 Dash price reversed as anticipated in yesterday’s post, and climbed above 0.0121BTC to trade near 0.0125BTC.

Which way it can break?

Yesterday, we highlighted that there are chances of a reversal as there was a divergence noted on the hourly MACD. The price moved higher, but found resistance around a crucial level at 0.0125BTC. Sellers reacted around the mentioned resistance area and pushed the price lower. Currently, there is a contracting triangle formed on the hourly chart, which is acting as a support and resistance at the same time.

Currently, the price is around a critical support area at the 100 hourly simple moving average, i.e. also aligned with the triangle support area. So, there a major barrier formed around 0.0119BTC-0.0120BTC. We also stated the importance of the stated support area. However, there are many technical indicators, suggesting that there is a risk of a break lower as a well. The hourly RSI has moved below the 50 level, and the MACD is showing signs of weakness. Overall, there are many things that suggest sellers might be able to take the price lower in the near term.

On the downside, a break below the triangle support area may perhaps take the price lower towards the next support area at 0.0116BTC.

On the upside, the triangle resistance area could act as a hurdle for buyers. If they manage to pierce it more gains are possible. It all depends on which way the price moves.

Tags: DashDash Price Technical Analysisuptrend in Dash
TweetShare
BitStarz Player Lands $2,459,124 Record Win! Could you be next big winner? Win up to $1,000,000 in One Spin at CryptoSlots