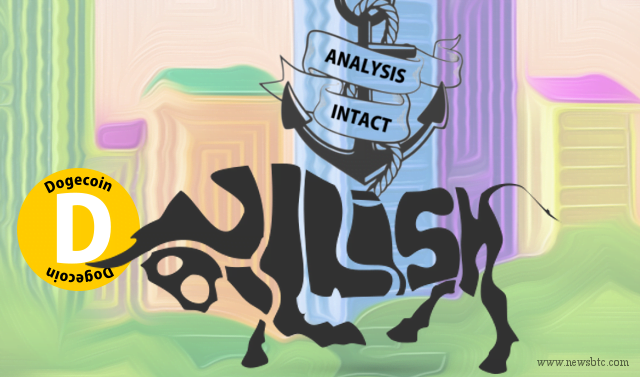 In the weekly analysis, we highlighted that the price created a new high and traded as high as 92.6 Satoshis. After a short-term correction, the price once again found support around an important bullish trend line on the hourly chart. The stated trend line is acting as a major hurdle for sellers, and it is likely to act as a pivot area moving ahead. However, on the topside there are a couple of failures noted around 90.00-92.00 Satoshis. So, there is a risk emerging in the short term of a break lower.

There is one more catalyst, i.e. the 100 hourly simple moving average. The price is finding bids around it and as long as it continues to provide support, there is a possibility of a new high above 92.6 Satoshis. The Lower Bollinger Band is sitting around the highlighted bullish trend line, which increases the value of support.

On the upside, the 1.236 extension of the last major drop from 89.3 Satoshis to 75.9 Satoshis holds the key in the near future. A break above the same might open the doors for a move towards 95.0 Satoshis.

On the downside, the 100 hourly MA is an immediate support, followed by the all-important bullish trend line.

The hourly RSI is above the 50 level, which means the risk of a move higher is more looking ahead.

Tags: bullish trend lineDogecoindogecoin price technical analysis
TweetShare
BitStarz Player Lands $2,459,124 Record Win! Could you be next big winner? Win up to $1,000,000 in One Spin at CryptoSlots