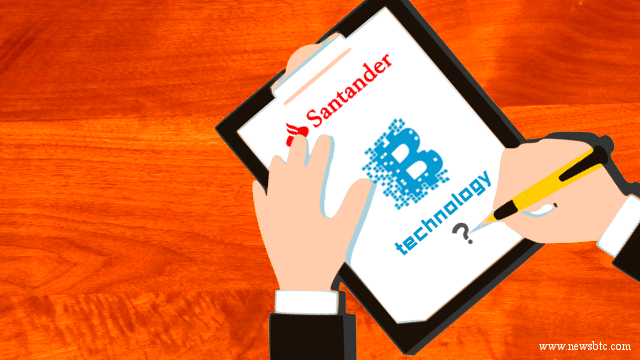 After releasing a paper covering 20 to 25 uses of blockchain technology, Santander is reportedly ready to invest in a cryptocurrency startup to sustain their initiatives. Santander is the tenth largest bank in the world, according to a list by Forbes.

The bank has come up with Santander InnoVentures, which is the banking giant’s $100 million fintech investment fund. This was launched last year and has made three investments so far.

“We’re very excited about distributed ledgers and blockchain technology. They really have the potential to disrupt many of the basic processes we have underlying our transactional products,” said Mariano Belinky, head of Santander InnoVentures.

“For us, the first obvious space to explore all of this in is payments, particularly international payments. Later on we think smart contracts have the potential to transform many of the other things we do,” added Julio Faura, global head of R&D innovation at Santander.

For now, Santander clarifies that while they are appreciating the value of blockchain technology in payments, they won’t be using this to make actual banking transactions anytime soon. Faura and Belinky believe that this ecosystem will thrive only if other banks also participate and support this kind of innovation.

“We have ten major geographies. Just us connecting our ten major geographies will allow 100 million customers to make instant payments worldwide. If we partner with two or three banks similar to us we’ve got pretty much global coverage,” Belinky explains. “This thing will only be interesting if many banks take part and collaborate. We are talking and experimenting with several banks,” added Faura.

Tags: bitcoin banksbitcoin researchblockchain technologyNewsOtherSantander InnoVentures
TweetShare
BitStarz Player Lands $2,459,124 Record Win! Could you be next big winner? Win up to $1,000,000 in One Spin at CryptoSlots