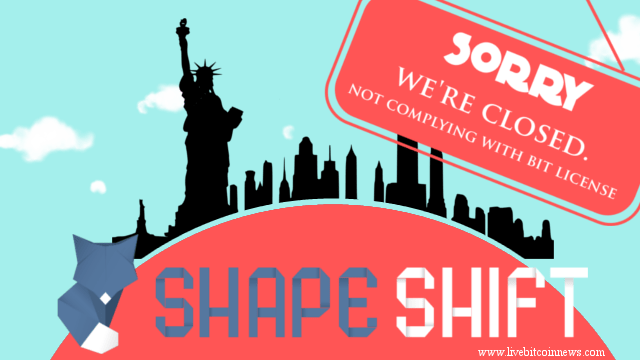 With so many states and governments starting to draft their frameworks for cryptocurrency regulation, some bitcoin enthusiasts are expressing concerns about the risks of overregulation. In particular, long-time bitcoin investor Erik Voorhees of ShapeShift has taken a stance against New York’s BitLicense.

Recall that this regulation has been criticized for potentially dampening innovation in the cryptocurrency industry, as it would require companies to secure several licenses for their bitcoin-related products. This might prove to be very costly especially for startups.

Too Much Regulation in Bitcoin Industry?

Voorhees announced that ShapeShift will no longer service customers in New York due to the BitLicense. He recently took to ZapChain to explain why New York’s stance toward bitcoin is bad for the industry overall.

“BitLicense requires companies to collect personal private information from their users, among many other requirements. Collecting this information endangers users, because computers get hacked all the time, and then this information is used for identity theft and fraud,” Voorhees said.

“The problem is that the entire financial sector is over-regulated, which adds huge expense to individuals and creates a rigid and non-innovative industry. Now we see the most innovative financial technology in at least our lifetimes, and it’s being chained to the regulatory apparatus that afflicts the old system,” he added.

Voorhees explains that putting bitcoin on the same level as other financial products when it comes to regulation could wind up hurting its potential. He compares it to having email with a mandated postage stamp, which would then cause a lot of delays and destroy the very feature that makes email appealing.

“I think the big Bitcoin companies realize that if they acquire a BitLicense it will insulate them to some degree from competition. Hopefully that obvious moral hazard doesn’t lead them to encourage regulators to create such things,” he said.

Tags: bitcoin regulationbitlicenseNews
TweetShare
BitStarz Player Lands $2,459,124 Record Win! Could you be next big winner? Win up to $1,000,000 in One Spin at CryptoSlots