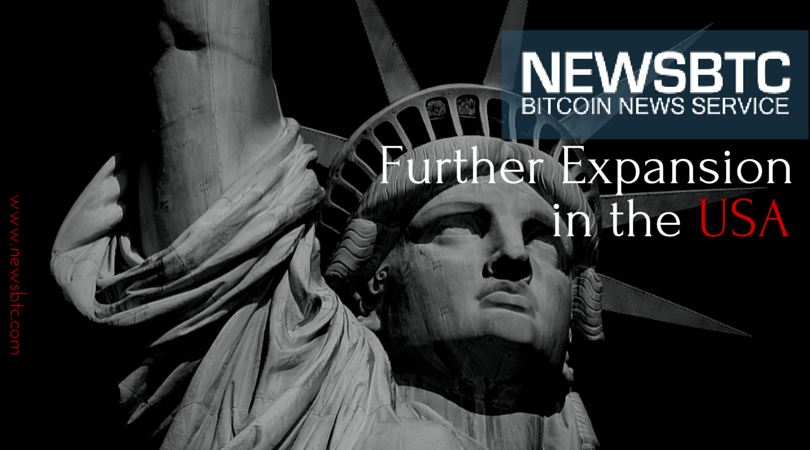 NewsBTC Announces Further Expansion Into The US

MIDWEST, USA – ANSEL LINDNER, owner of “Blockchain I/O, LLC” has entered into a franchise agreement with NewsBTC to become the US (Midwest) arm of the popular Bitcoin news service.

NewsBTC, founded in October 2013, aims to publish useful news articles, interviews, and other pieces of information that help you better understand the Bitcoin ecosystem. The editorial vision is to deliver hard news and analysis — not speculation and rumor. NewsBTC attracts more than 100,000 unique visitors each month.

NewsBTC is a news service that covers Bitcoin news, technical analysis, and forecasts for Bitcoin and other altcoins. The website publishes news articles, interviews, and other information that help its users better understand the Bitcoin ecosystem under categories such as regulation, taxation, price, exchanges, brokers, bitcoin casinos, mining, podcasts, Bitlicense, and advertising.

Ansel learned about Bitcoin in 2011 taken by its potential and similarities to gold. He has been a figure of local bitcoin meetups in several cities in the Midwest for a couple of years, and founded Blockchain I/O in July of 2014 as a way to consolidate all of the bitcoin and blockchain projects he was involved in.

Blockchain I/O’s vision is the spread of cryptocurrency and p2p technology as a way to secure freedom and empower local economies. Ansel Lindner commented saying:

“The Midwest US is underserved in the bitcoin news cycle. We have a lot of great entrepreneurs and local efforts going on, so we are excited by this opportunity to join the NewsBTC team.”

“We are delighted to be working with Ansel in this new and exciting arm of our global expansion efforts. We look forward to bringing top quality content to our Midwest readership and integrating with the local bitcoin community in the region.”

Moving forward, Blockchain I/O hopes to provide the same kind of current and cutting edge content readers of NewsBTC are used to. The all new NewsBTC website is scheduled for release in July of 2015 and we are all working hard to be the most innovative leaders in the industry.

NewsBTC Announces Further Expansion Into The US was last modified: March 27th, 2018 by Samuel Rae

Read More
Tags:ExpansionMidwestNewsnewsbtcus BitStarz Player Lands $2,459,124 Record Win! Could you be next big winner?
Next Post