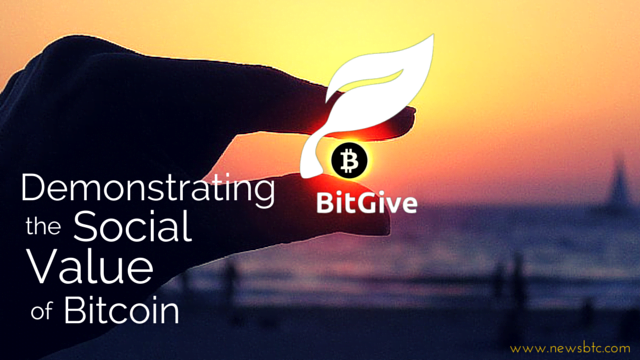 During the Inside Bitcoins Chicago Conference, BitGive Foundation announced its newest initiatives in spearheading charity projects using the cryptocurrency. BitGive Foundation founder Connie Gallippi presented their results with the charity efforts in Kenya, as well as their plans for The Water Project.

In Kenya, BitGive was able to conduct a fundraising process for a water well to the Shisango Girls School with the help of BitPesa and Libra. The 3-minute video she shared illustrated how bitcoin and the underlying blockchain technology has been able to transform lives in the country.

“This can be expanded in so many empowering and revolutionary ways,” said Gallippi. “That’s Bitcoin Charity 2.0. We are ready to take it to the next level and facilitate new ways for Bitcoin and Blockchain technology to revolutionize charitable giving.”

As for BitPesa, CEO Elizabeth Rossiello also shared that they were grateful for the opportunity to participate in such a project. “We are always looking for partners doing great things in East Africa. BitGive is doing important work connecting Bitcoin donors with worthy projects across the world,” she said.

Meanwhile, BitGive also shared its plans to help out in building a transparency model for donations on the blockchain in partnership with The Water Project. BitGive expects to enhance the organization in both technical applications and global implementation.

“The Blockchain and Bitcoin present an incredible opportunity to dramatically lower our costs to transmit money to countries like Kenya. At the same time, it can also enable a shift to real-time, end-to-end transparency into how nonprofits like ours put donations to good use,” said The Water Project’s President Peter Chasse.

BitGive Foundation is the first non-profit bitcoin charitable foundation. It focuses on charity campaigns while being able to show Bitcoin’s social impact on a global scale through supporting charitable organizations with fundraising campaigns, education, and partnerships.

Tags: Bitcoin charityBitcoin donationBitcoin NewsbitgiveInside Bitcoins
TweetShare
BitStarz Player Lands $2,459,124 Record Win! Could you be next big winner? Win up to $1,000,000 in One Spin at CryptoSlots