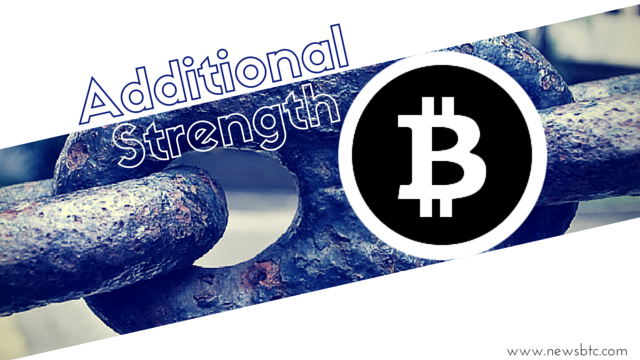 Bitcoin dived more than 8 percent as it became clear that Greece would do everything to remain in the Eurozone. The Alexis Tsipras-led government has struck a deal with its creditors yesterday, and a Grexit has been more or less ruled out.

Until the support line, drawn in the daily BTC-USD chart above is not violated, bulls will have the upper hand.

Bitcoin Chart Structure – As the price approached the support line following the collapse, massive short covering and some value buying emerged which took the price roughly 4 percent higher from the lowest point of yesterday. The price action has reinforced the support line.

Moving Average Convergence Divergence – Bulls can take confidence from the latest MACD, Signal Line and Histogram values of 13.8294, 10.2689 and 3.5605 respectively.

Momentum – Another positive for the bulls is the strongly positive value of 33.4800 of the Momentum indicator.

Money Flow Index – The MFI has witnessed a decline in its value to 59.3305. A further decline in the MFI value could be a sign of a bigger future drop in Bitcoin price.

Relative Strength Index – Even though the cryptocurrency has eased from its highly overbought levels, the underlying strength reading is very optimistic at 66.8742.

It can be said with utmost confidence that the swift drop has failed to puncture the bullish sentiments in the market and that buyers are looking to make an entry into Bitcoin at lower levels. Market participants may consider buying the cryptocurrency when the price heads down to near its upward sloping support line by maintaining a strict stop-loss below it. A risk-reward ratio of 2.5:1 would be highly recommended.