Bitcoin: The End of Money As We Know It Documentary Get Several Awards 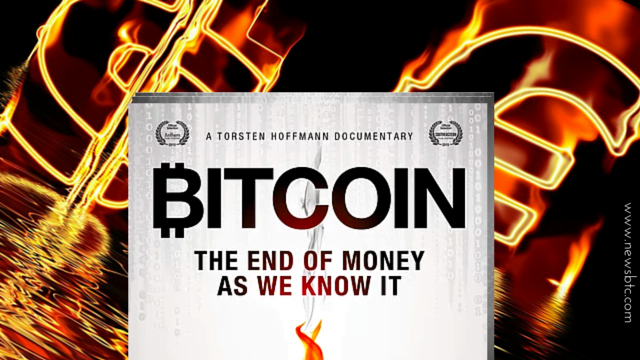 The documentary “Bitcoin: The End of Money As We Know It” has been released this week and the film already garnered several awards. Last weekend, it was awarded the Best International Documentary and the Best Libertarian Theme during the Freedom Fest. It also won the 2015 Special Jury Prize at the Amsterdam Film Festival.

The film and its trailer can be viewed on Vimeo, with DVD copies of the documentary already shipped to its Kickstarter backers. Streaming links have also been made available to their crowdfunding supporters.

Central to the documentary’s theme is the current financial system in which central banks and governments hold so much control on money. The film introduces bitcoin as a concept that could disrupt the whole idea of money and how the cryptocurrency could pose solutions to financial problems such as hyperinflation or national debt troubles.

“The existing banking systems extract enormous value from society and is parasitic in nature,” Andreas M. Antonopolous explains in the trailer. The team has included interviews with prominent bitcoin entrepreneurs, investors and authors, including Roger Ver.

“There are some who want to kill it. Get rid of it. Burn your dollars, your euros, your yen and transform every penny you have into 1’s and 0’s – a digital currency, entrusted by the web and computers spread across the planet, magic Internet money, its called cryptocurrency bitcoin,” the documentary adds.

The film has also received several positive feedback from bitcoin enthusiasts who lauded it as a good way to raise bitcoin awareness among the general public. This could pave the way for better understanding and increased adoption later on.

Tags: bitcoin documentarybitcoin filmbitcoin movieBitcoin Newsdocumentaries on bitcoinmovies on bitcoinNewsthe end of moneythe future of moneywhat is bitcoin
TweetShare
BitStarz Player Lands $2,459,124 Record Win! Could you be next big winner? Win up to $1,000,000 in One Spin at CryptoSlots