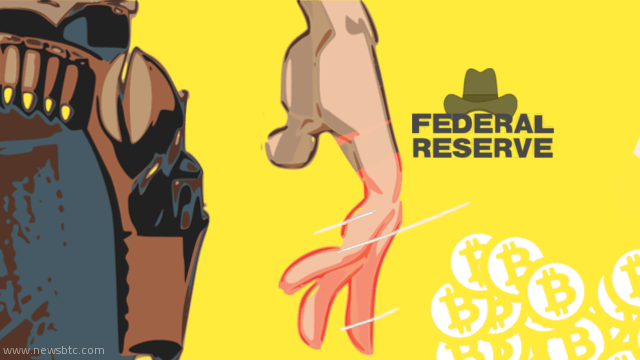 In one of its first steps towards creating an unconstrained economy, the State of Texas has decided to setup its own gold-backed bank.

The decision comes in the wake of Governor Greg Abbott’s decision to repatriate $1 billion worth of state’s gold from an underground vault in New York. The republican plans to store this gold in a ‘yet-to-be-built’ facility, a step that will circumscribe taxpayers’ money from leaving Texas and will further circumvent the controversial Federal Reserve System.

This means thats the Texans will be able to conduct gold-backed transactions to pay for goods and services, and will further be exempted from paying fees to store gold outside their state. The government, on the other hand, will be able to objectively secure and stabilize their commodity reserves.

Rep. Giovanni Capriglione — the author and sponsors of the proposal — told the Texas Observer that their bill has not received the media coverage it deserved, considering that it will create a first-of-its-kind state-level Bullion Depository in the US that will empower people with facilities to “use assets in [their] vaults the same way [they] use cash”.

While Giovanni made sure to threaten Feds by all means, his host — Radio Jockey Rick Wiles —took the opportunity to ask the representative about the possibilities of a “Texas-style Bitcoin,” a decentralized digital currency whose followers often go after the capitalists for monopolizing finance markets. As Texas and Bitcoin seems to be sharing a common ground here, Wiles’s question literally hit the right node, to which Giovanni replied:

“OK! That would be awesome too. I personally own Bitcoin. You could make transactions with Bitcoin, use the gold depository as a medium, and then make payments on the other side. This is the biggest threat in 102 years to the Federal Reserve System.”

While the comments on Bitcoin seem more instant than official, it would still be interesting to see how Texas plays out its private reserve theory with the help of a digital currency. In a best case scenario, they might adopt Bitcoin; in worst, they might just create their own. Its open-source, after all!

Tags: Bitcoin Newsbitcoin vs goldfederal reserve threatgiovanni capriglioneNewstexas bitcointexas gold
TweetShare
BitStarz Player Lands $2,459,124 Record Win! Could you be next big winner? Win up to $1,000,000 in One Spin at CryptoSlots