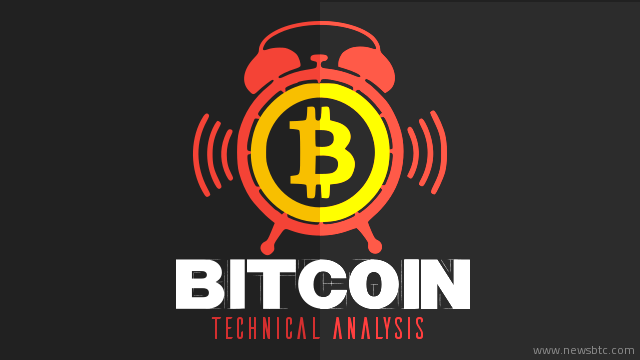 It has been six consecutive days since Bitcoin took a wide swing on either side. The price has been trapped inside a narrow of $273-283. Bitcoin is currently trading up 0.70% at $277.94.

One thing that has happened for the bulls is that the technical indications have improved, but only very slightly. Among these, the Momentum reading which has been a strong reason to worry has shown a tremendous appreciation.

Take a look at the technical observations drawn from the daily BTC-USD price chart below.

Bitcoin Chart Structure – Consolidation in the cryptocurrency enters the seventh day as neither the bulls nor the bears are able to turn the table in their favor. The support hasn’t been challenged again, heightening the speculation that a bottom has been hit and that Bitcoin is now ready for its next leg of the rally.

Moving Average Convergence Divergence – The Histogram value has gained from -3.3694 to -2.9722 as the Signal Line narrows the gap with the MACD. MACD now has a value of 6.0525 while the Signal Line currently reads 9.0247.

Momentum – The alarming decline in the Momentum indicator reading seems to have been arrested. The reading has spiked from a low of -34.5600 to -14.7400.

Relative Strength Index – The RSI value, which is a measure of the underlying strength, is now 55.2524.

A bottom in Bitcoin will only be confirmed when the technical indicators further improve. The rise in the Momentum reading should give confidence to the bulls, but I will wait for a sustained increase rather than a one-day affair. A close above $280 could be another sign that Bitcoin is preparing for its next leg of the rally.

As the range is extremely tight, market participants should create fresh positions only near the marked support and resistance levels.