Bitsoko to Benefit from the new IBM Innovation Space in Nairobi 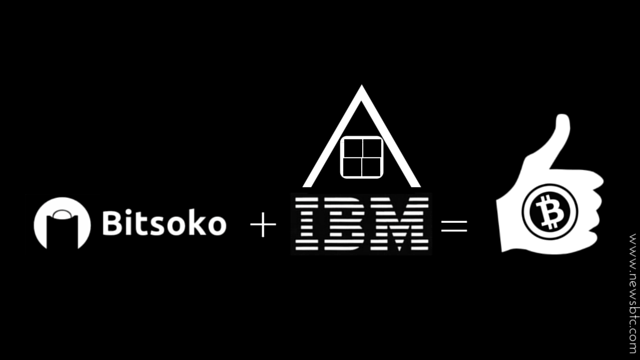 Nairobi-based digital currency wallet provider Bitsoko will immensely benefit from the new innovation and collaboration space announced by the New York-based hardware giant IBM at the Global Entrepreneurship Summit co-hosted by U.S. President Barack Obama on his first ever visit to Kenya as the President.

The IBM Innovation Space will come up @ iHub – the heart of Nairobi’s tech community – and will open from August 2015.

The Bill & Melinda Gates Foundation-funded digital currency start-up Bitsoko is expected to grow significantly post the launch of this innovation platform. Bitsoko has been working out of the iHub for the past several months and has been using IBM’s Bluemix, Platform-as-a-service to develop a mobile wallet application based on the blockchain technology.

“There is a real buzz in Kenya and across Africa right now in the entrepreneurial community as technology and increased access to global markets is propelling us into a new era of African innovation. As a Kenyan entrepreneur with global ambitions, being able to interact with a company like IBM and discuss ideas, extend our professional network and access cutting-edge technologies is a potentially game-changing opportunity.”

Nick Nesbitt, Country General Manager, IBM East Africa commented that, “Africa has millions of entrepreneurs who are experts in their own markets and who are now looking to technology to differentiate and compete on the global stage. With the IBM Innovation Space @ iHub, we are extending our presence right into the heart of the local technical community so that entrepreneurs and start-ups have access to the tools and expertise to succeed in this exciting new era of Africa’s economic development.”

The digital currency-based company recently received $100,000 in Phase 1 of the Global Challenges Exploration organized by the Bill & Melinda Gates Foundation.

Tags: Bill & Melinda Gates foundationbitcoin blockchainBitcoin in AfricaBitsokofintechIBMInnovationpayments
TweetShare
BitStarz Player Lands $2,459,124 Record Win! Could you be next big winner? Win up to $1,000,000 in One Spin at CryptoSlots