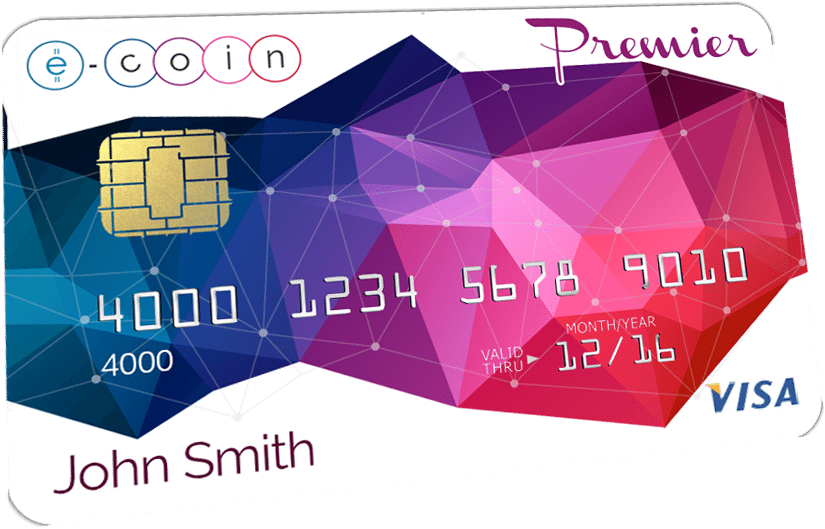 E-Coin is somewhat new to the Bitcoin business, having been established in 2014 by a team of Russian natives. In that short time, they’ve managed to launch a very competitive Bitcoin debit card that’s ideal for casual Bitcoin users, and are now trying to spread the word via an affiliate program.

E-Coin is based on multi-signature technology, which is how your bitcoins are stored. Like any wallet, it can receive, store and send bitcoins. Most people won’t be using it as a daily wallet, however, as its real purpose is to facilitate the E-Card, where all the real commerce occurs.

The E-Card is designed to make spending bitcoins easier by working as a debit card. It can be shipped to 173 countries around the world, and is accepted by 25 million ATMs and 30 million merchants–basically, wherever you see “Visa/MasterCard accepted here.” The Bitcoin-to-fiat conversion occurs instantaneously.

Bitcoin debit cards are a crowded market, though: established players like Xapo and ANX already have debit cards of their own. BitPlastic has higher fees and is rumored to be somewhat shady, but is of interest to the privacy-conscious because it allows you to register without verifying your identity.

E-Coin is taking several measures to compete. One is security: on top of using a separate multisig wallet for each customer, all funds are insured by XL Group, a global company with an A+ credit rating and over $45 billion in assets. They’re also touting their mobile app, which is soon to be available on both Google Play and the iStore.

Most of the competition in the Bitcoin debit card industry is over traditional things, however. The E-Card can hold up to $20,000 US and withdraw up $3,000 to cash per day. Loading it from your E-Coin wallet costs a fee of only 2%; after that, it’s free to use for purchases and $2.50 to use at ATMs, as is customary. By operating in a growing list of fiat currencies including the US dollar, euro and British pound, it hopes to save you from the international ATM and currency conversion fees you’d incur using a foreign-denominated card.

To promote this offering, they’ve instituted a generous referral program. Users get 10% of the fees paid by those they referred for one year, and then 5% thereafter. If you’re worried your friends will all sign up directly before you can get to them, fear not: they get 25% off their card for being referred, so the market is in your favor. New users will actively seek someone to refer them.

Tags: affiliatebitcoinbtcdebit cardE-CoinfinancemastercardNewsProductsReferral Programvisa
TweetShare
BitStarz Player Lands $2,459,124 Record Win! Could you be next big winner? Win up to $1,000,000 in One Spin at CryptoSlots