The Most Focused Man In Bitcoin’ Talks Comparative Advantage 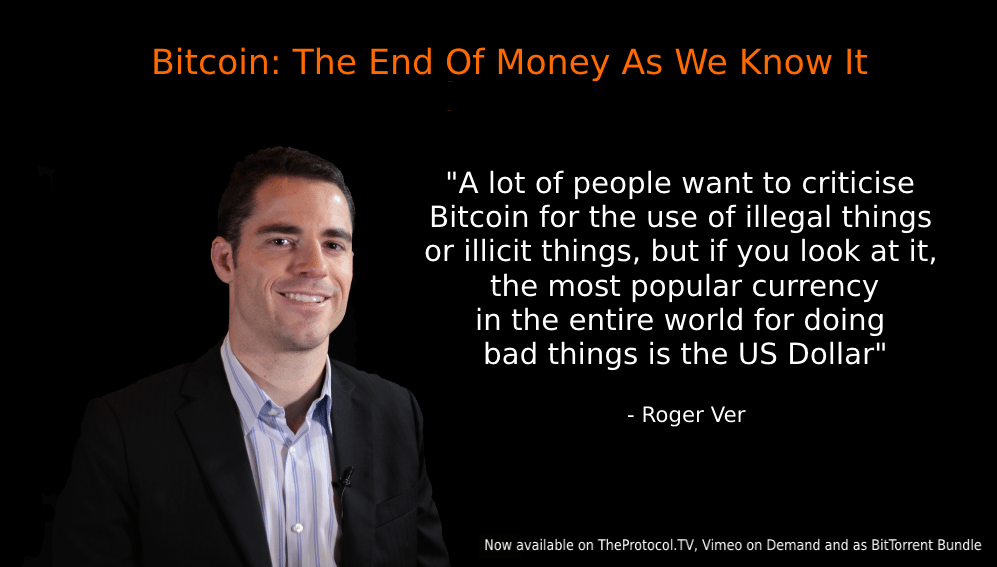 Roger Ver aka Bitcoin Jesus is a very rare case study when evaluating the future economic environment of Bitcoin & it’s underlying technology called, ‘The Blockchain or Blockchain Technology‘. I’m an advid learner of many pioneers who spearheaded cryptocurrency in distinctive ways, to name a few… Erik Voorhees, Nick Szabo, Roger Ver & Satoshi Nakamoto. However, I remain unbiased in my opinions of each community member & agree to disagree at times with each.

NEWSBTC reached out to Roger Ver & had a unique opportunity to pick the brain of ‘The Most Focused Man In Bitcoin’.

NEWSBTC: “Greetings Roger” — ‘Thank you for entertaining our interview it means a lot! We wanted to get your opinion & view on the future of Bitcoin, Blockchain & How it equates to your initial reasoning vs the way you see it today?’

‘Many of the original Bitcoin pioneers seem to be very opinionated on the underlying protocol with a ton of controversy surrounding the future of BTC? Yet you seem immune to it all & focused on building the economic channels [bridges/railways] for mainstream global adoption? How do you remain so focused & tight lipped as proactive as you are?’

“It is no crime to be ignorant of economics, which is, after all, a specialized discipline and one that most people consider to be a ‘dismal science.’ But it is totally irresponsible to have a loud and vociferous opinion on economic subjects while remaining in this state of ignorance.”

‘I think this applies equally to the current protocol debate. My background is in economics and business with just enough computer science to understand the basics of what is going on. I’ll continue to focus on the things I am competent at, and leave the other areas to those more qualified. In economics this is called comparative advantage.’ [On above quote]

NEWSBTC: ‘We recently read an article where ShapeShift.io‘s, [Eric Voorhees] feels there is a place for centralization & decentralization in Bitcoin during the initial stages of mainstream growth. [Ex: Coinbase] He explains it is a necessary component to real-world adoption & conversion [entry/exit ramps] of global fiat to Bitcoin for simplicity purposes until it is no longer needed. In time, Could we possibly see the demise of services like Coinbase once the Bitcoin economy is a full P2P monetary force?’

ROGER VER: ‘It’s hard to predict that far into the future, but I suspect there will always be some demand for centralized services. The beauty of the free market, unlike government’s one size fits all solutions, is that everyone gets to have what they want.’

NEWSBTC: ‘With recent media on Blockchain Technology being more valuable than Bitcoin itself… Is it safe to assume that Blockchain is equivalent to the internets ‘initial’ launch with Bitcoin being it’s most successful application/URL [website]? If so, Would it also be safe to assume with the above being true that incorporation of Blockchain Technology into the NASDAQ, etc. that Bitcoin is positioned to possibly be the AMZN, GOOG or MSFT of it’s time in the Wall Street sector?’

NEWSBTC: ‘Being one of the movers & shakers of the Bitcoin industry many are watching your next move with baited breathe. What’s next on Roger Ver’s calendar?’

ROGER VER: ‘Currently I am most excited about services like www.purse.io and coffee.foldapp.com that allow anyone to easily get a 20% or greater discount from Starbucks and Amazon on everything they offer. I think this sort of service gives average people around the world a real motivation to start using Bitcoin. I’m also very interested in www.truthcoin.info. Distributed prediction markets are an incredibly powerful tool for positive change in the world. Until now, governments have made them illegal. With distributed technologies, that is no longer an option.’

COYOTE AFTER THOUGHT??? Missing in the Bitcoin & underlying cryptocurrency eco-system is a uniformed infrastructure which will come in due time through community applications & efforts. Roger plays a niche role in the Bitcoinsphere by way of angel investments, donations & most important… ‘a relentless drive & passion to bring global awareness/adoption!’ Bitcoin will require patience, like they say, “Rome Wasn’t Built In A Day!”.

We are building a digital economy & every facet of technology will one day merge into the purest transparent chain of commerce/communication controlled by the people ‘not’ by government’s. By nature we are a borderless world, yet we are forced to abide by man made boundaries & laws that are ‘not’ followed by those who govern. Greedy politicians fighting over precious reserves & territories will be our societies demise.

Tags: blockchain technologyFeaturedInterviewsNews
TweetShare
BitStarz Player Lands $2,459,124 Record Win! Could you be next big winner? Win up to $1,000,000 in One Spin at CryptoSlots