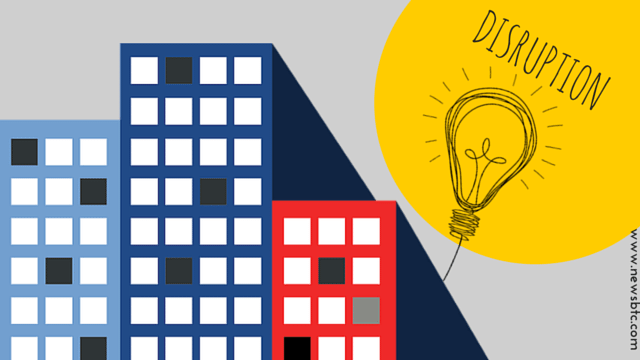 The chief of one of the leading Australian banks recently called Bitcoin a “potentially disruptive” technology.

Brian Hartzer, who took over as the CEO of Westpac Group in February, believes that the digital currency technologies could possibly disrupt the traditional banking systems in the long term. He acknowledged the endless possibilities blockchain — Bitcoin’s underlying technology — could offer to revolutionize the financial services but, at the same time, expressed concerns over the “limitations and challenges” with it.

“The development of the blockchain [will] certainly [have] a very interesting and potentially disruptive impact on financial services,” Hartzer told the Australian Financial Review.

“But nobody really knows yet where it is going to go to [and] there are a number of limitations and challenges with it.”

He added: These include limits on the number of transactions that can take place on the blockchain (seven a second), the highly volatile price of bitcoin itself, and its attraction of criminals. Nevertheless, Westpac is “staying close to the idea”.

Westpac is the same banking institution whose venture capital fund, Reinventure Group, had invested in Coinbase, one of the world’s leading Bitcoin companies. The Australian bank had also announced to collaborate with Ripple Labs — a blockchain-based remittance company — to test the latter’s payment technology.

Westpac’s latest strategy update has also boosted investments into the technology by around 20 percent. According to Bloomberg, the bank will invest around A$1.3 billion (US$900 million) in 2016, resulting in saving that would reduce its expense to income ratio by less than 40 percent. The ratio currency stands at 42.5 percent.

The bank’s involvement with the next-generation payment companies clearly signifies that the annual tech investment will somewhat going to help Bitcoin’s expansion into the traditional finance sector. We can hope so.