Will UPS Use Blockchain Technology for Shipment Tracking? 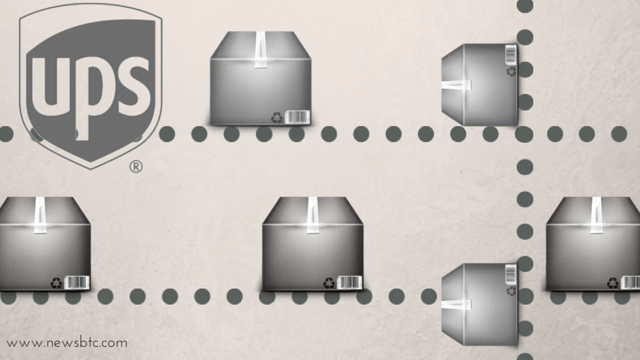 Blockchain technology has been tapped for several practical applications these days, spanning from creating secure databases to facilitating trade settlement. Word through the grapevine is that international shipping company UPS is also looking into the potential uses of the blockchain in its own operations.

Blockchain refers to the distributed public ledger of bitcoin transactions, which are updated and verified by a network of computers solving complex algorithms. The entries are considered anonymous and immutable, as these aren’t typically associated with personal identities and it takes a considerable amount of effort to and resources to alter the records stored in majority of computers in the network.

UPS’ private equity arm known as its Strategic Enterprise Fund (SEF) is turning its attention to bitcoin and its underlying technology. Managing Director of SEF, Rimas Kapeskas, highlighted the borderless properties of bitcoin and its advantages, citing that this type of technology has enhanced the global exchange of goods and information. He added that this gives more people access to virtual marketplaces.

Even in developing nations, bitcoin and blockchain technology have provided various opportunities, particularly for the unbanked. People who don’t have access to traditional financial products such as loans or credit cards are still able to make transactions and investments using the cryptocurrency. Aside from that, using bitcoin payments reduces transaction fees for customers and merchants alike.

No details have been shared from UPS itself, although Kaspekas seems to be following the industry developments closely. One possible application of blockchain technology for the company is in its shipment tracking system, which can be revolutionized to automatically make ledger entries when a parcel is shipped, in transit, and received.

Kaspekas also noted that using bitcoin can eliminate friction in cross-border transactions and facilitating faster transfer of goods, which suggests that the company might also be looking into accepting cryptocurrency payments as well.

Tags: blockchain applicationsblockchain techblockchain technologyNews
TweetShare
BitStarz Player Lands $2,459,124 Record Win! Could you be next big winner? Win up to $1,000,000 in One Spin at CryptoSlots