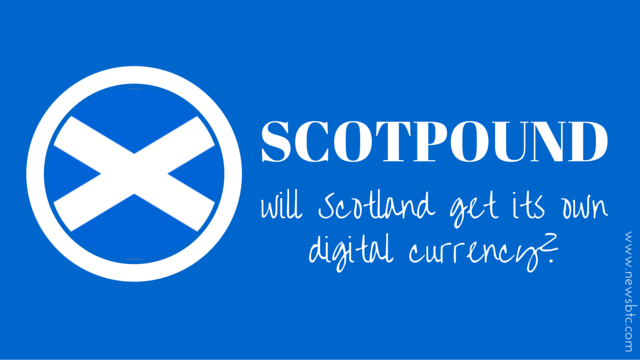 Will Scotland Get its Own Digital Currency?

Next Article: Is the Bitcoin XT Version Vulnerable to Hacking?

Scotland is being urged to create its own digital currency. Known as the ScotPound, the currency would operate in an identical manner to bitcoin. A Scottish think tank is suggesting that approximately S£250 be given to every citizen in order to jumpstart activity and get the “ball rolling” on the United Kingdom’s latest trend in digital finance.

Scotland’s economy is undergoing a period of slow growth, and the NEF believes that this new currency could be a positive method for increasing individual spending power amongst citizens while preventing an increase to Scotland’s national debt. ScotPound, naturally, would only be accepted in Scotland. Therefore, the money, regardless of its digital attributes, would be used strictly within Scotland’s borders.

“Last year’s independence referendum kick-started an important debate on Scotland’s relationship with sterling. But in fact, even under devolution, Holyrood has the power to transform Scotland’s monetary system… Scotland is in a unique position to take full advantage of current trends in digital financial innovation. A new currency and payment system like ScotPound would operate alongside pounds sterling, supporting small and medium businesses and putting money in the pockets of those currently excluded by the financial sector.”

Nigel Dodd, a professor at the London School of Economics, added his words to the pot, stating:

“This report is an extremely timely and welcome intervention in current debates about the way our monetary system is governed and organized, and specifically about the merits and efficacy of conventional Quantitative Easing… Given that the currency question played a major role in the Scottish referendum debate last year, I have no doubt that the proposals for a ScotPound will inform future discussions in Scotland. NEF’s proposals are extremely clear and convincing.”

What do you guys think? Could Scotland or a “land” like it benefit from having its own digital currency? Tell us your comments below!

Will Scotland Get its Own Digital Currency? was last modified: September 12th, 2015 by Guest Author

Read More
Tags:BBCbitcoindigital currencyduncanmccannLondon School of EconomicsNEFNewsnigeldoddscotlandscotpound BitStarz Player Lands $2,459,124 Record Win! Could you be next big winner?
Next Post