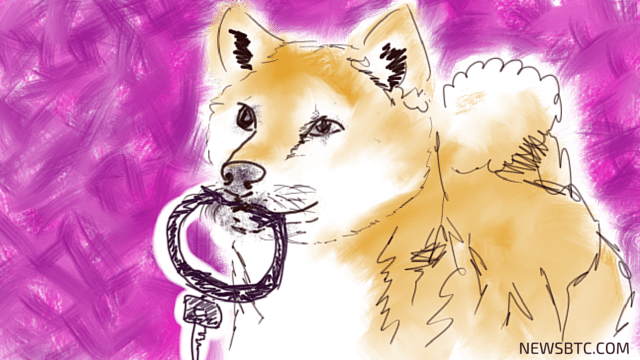 Dogecoin price continued to slide, and even cleared the last low of 51.3 Satoshis to trade towards 50.0 Satoshis.

There was a new low created this past week in the Dogecoin price at 51.3 Satoshis. However, sellers were in control, which took the price lower further to create a new low of 50.3 Satoshis. However, there is a support trend line formed on the hourly chart connecting all major previous swing lows. The highlighted trend line came for rescue of buyers and helped them to prevent losses. There is no denial that there is a major support formed near 50.0 Satoshis, as the stated level holds the key in the near term.

A break below the trend line and support area might be very bearish for the Dogecoin price. In that situation, the next level of interest for sellers could be around 46.0 Satoshis. If the price attempts to move higher, then it might face a lot of barriers. The first one is around the 23.6% Fib retracement level of the last drop from 58.3 Satoshis to 50.3 Satoshis. The mentioned Fib level is positioned with the 100 hourly simple moving average. So, we can say that 52.2 Satoshis is a short-term pivot area for the Dogecoin price.

On the downside, let us see how long 50.0 Satoshis can act as a support.

The hourly RSI is below the 50 level, which is a bearish sign.

Tags: DogecoinDogecoin price actionDogecoin Price new lowdogecoin price technical analysis
TweetShare
BitStarz Player Lands $2,459,124 Record Win! Could you be next big winner? Win up to $1,000,000 in One Spin at CryptoSlots