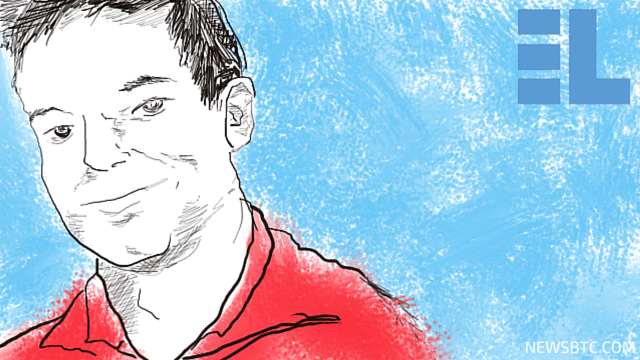 As cryptocurrency sector continues to innovate the ways we conduct trades and businesses, the world is indeed hopeful of seeing a boundless and transparent finance environment in future. The rise of Bitcoin somewhat marks the dawn of such an era. The digital currency has influenced many small to big companies to build user-friendly applications on its open-source code.

Encrypted Labs Inc. is among such companies that has lately garnered attention for building interesting cryptocurrency applications, including a desktop-based wallet service equipped with an in-built trading platform. The CEO of Encrypted Labs, Mr. Ian Worrall, recently had a chat with NewsBTC regarding their innovative product. Here are some excerpts from it:

Q: Tell us more about your new wallet-cum-trading desktop application?

A: Our main focus with the FuelCoin desktop application is to create an extremely user friendly yet feature rich application to attract mainstream consumers into cryptocurrency and grow the industry.  It enables users to send, store, and receive like a regular wallet; however, we have added a trading portal, market research, data & news feed, and are expanding to in-app shopping, encrypted messaging, and collaboration to target multiple demographics.  It also auto-updates so users do not have to re-download the wallet to access new features and comes with a new feature called TurboBlock..

Many people do not always keep their desktop wallets open and running due to the CPU usage it requires, so our goal was to minimize user wait time upon opening their wallet even if it has been weeks or months since last opening.  This is done through a cool process where we securely cache the blockchain and has multiple checkpoints to ensure security of the network.

We have also heard a little about your new USB wallet. Tell us about it?

This is my favorite product thus far.  The hardest concept for people to grasp with virtual currencies is where they are stored.  Many people like tangibility, just like debit cards.  So what we created is an aluminum debit card shaped flash drive that can be stored in someone’s wallet, safe, or wherever they feel most comfortable.  It comes pre-loaded with a desktop wallet so users can plug and play into any device with a usb port.  It also helps with branding because people can pull it out of their pocket and (chuckles) show their friends, like hey look what I have.

They surely sound like some great products Ian. But what about their security?

The USB wallets are extremely secure because they are offline and not connected to the network (unhackable) except when plugged into a device to use.  This is great for people who do not want to trust a lot of money in holdings with a third-party web wallet service nor keep them on a local computer they carry around.  Coming to In-app trading, it makes trading easier because people can do it directly from the wallet and see breaking news and market data without having multiple screens open.  We are essentially creating a consumer focused Bloomberg terminal instead of large corporations.

As you have partnered with Bittrex to integrate trading services into your desktop client, does it make you vulnerable to prevailing licensing procedures?

No, the liability still lies on the exchange.

Moving on to some lighter questions. Why Fuelcoin, when you could make a Bitcoin wallet as well?

Bitcoin is great and re-invented the way people look at finance but to the non-technology evangelist it is often very hard to comprehend and  use.  It also has a Brand that people view as negative due to ties with the DarkNet and illegal purchases.  We wanted to create a Brand that people will love, can easily be a part of, understand, and most importantly have a face behind it to alleviate security concerns.  Why would a company transfer millions of dollars using technology where they don’t know where it came from – that is a major concern and security risk for many major companies and individuals with large holdings.

Then Fuelcoin must have some benefits over Bitcoin as well?

We have a Brand focused on education rather than Bitcoin’s public perception of being used on the DarkNet and by criminals.  It is also much faster and is not subject to the constant negative sell pressure from mining that Bitcoin has which plays a large factor in keeping the price down.  Bitcoin is acting as more of a digital commodity especially because it is reported that over 70% of Bitcoins have not been touched in the past year making it more a store of value.  Whereas FuelCoin is a socially interactive network that encourages constant use and appeal to the mainstream market.

Tags: bitcoinbitcoin walletcryptocurrencyencrypted labsFuelCoinFuelcoin market capfuelcoin wallet
TweetShare
BitStarz Player Lands $2,459,124 Record Win! Could you be next big winner? Win up to $1,000,000 in One Spin at CryptoSlots