In Conversation with Vishal Gupta, the CEO of SearchTrade.com 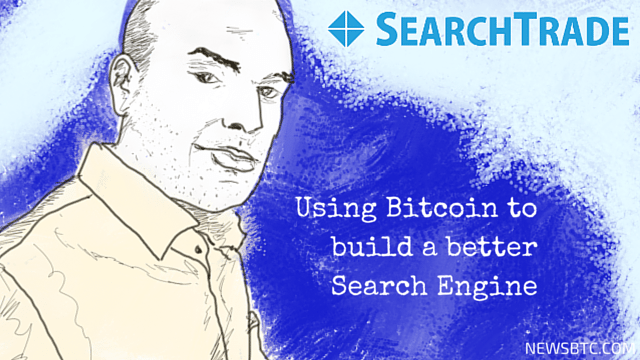 NewsBTC.com got a chance to speak with SearchTrade.com’s founder and CEO Vishal Gupta. As we dwelled into a constructive conversation, we got to know how a service could revolutionize the way we make internet searches. Mr. Gupta enthusiastically spoke about SearchTrade’s genuinely innovative business model. Here are some excerpts from the conversation:

NewsBTC: What is the history of SearchTrade?

Vishal Gupta: It started with an idea about how we build digital assets. That’s where we began. From there, it went into the zone of equitable internet. We thought about building a business model, which is sustainable and could incentivize more people. We had various options and ways to imply different ideas, but the one that wasn’t explored then was the search engine industry. We realized that a maximum of what happens on internet starts with a search.

I guess from there we realize that search creates a lot of value on internet. That is the single-most important and common activity. Then why not turn into something that incentivizes people. That is where the concept of SearchTrade started originating.

How do you incentivize people with a search engine?

See, if we move into a zone where search is valuable then we can definitely turn it into a derivative or commodity. SearchTrade does just that. We found an idea where people can actually own the keywords on search platforms, which earns them income whenever a search is made on their keyword.

The basic algorithm is quite simple. There are currently billion searches on internet happening at present time. Saying that each search creates a dollar in value, then the total value each search is creating as a dollar can be distributed among the participants. It is an experiment: to see if we can create a more equitable internet business.

Who are the participants here?

Assuming that a search creates a dollar, like I said. There is a user who gets, say, a quarter of the dollar for making the search. Then there is a keyword owner who also gets a good share as he owns the keyword as a commodity. Third participant is the app developer who creates the app on which people execute their searches. The fourth is the company which is managing the system.

We have ensured that a pie is distributed fairly among the participants — in four parts. We are excited to see how this system turns out in the real world.

So basically SearchTrade is an incentive version of Google?

I percept search engines in different contexts. The way I see the situation: SearchTrade is searching the query on a database. Google, on the other hand, is more generic database which pretty much tries to index everything. If you look at services such as Zomato or Flipkart, they are more specific kind of databases. So eventually whatever you are doing on the internet, you are running queries on databases.

Just like you use app marketing in Play Store. This app market indexes search engines all around while staying independent from each one of them. People coming from different industries and backgrounds might be searching through different search engines, but are part of the same platform that creates value. It creates opportunities for app developers to create specialized apps, cater to may be niche market; maybe, make some money for themselves.

So right now, becoming Google is a long process for SearchTrade, as the former is a very scalable business model. We will have to achieve a similar scale in order to be their incentive version. We are an experiment in process. As time goes by, we will be able to see our gigantic aims clearly.

How do you plan to pay participants?

Bitcoin is the universal answer. Going by our model, we are definitely looking at distributing value in micro-payments. The only technology that allows such transactions is Bitcoin. It is the only possible value system that makes it easy to distribute micro payments around the world without any trouble. With Bitcoin, it is easier for people to collaborate and redistribute value. Working with banks could have been impossible.

Also, we successfully tried Bitcoin payments during our crowdsale program. We were able to raise about $67,000 in Bitcoin.

What if Bitcoin fails as a token, considering the ongoing controversy related to its fork?

All we have to do is switch the cryptocurrency should something bad happens to Bitcoin. Technically, the business model of SearchTrade does not depend on how Bitcoin performs in future. Truly, we don’t even think Bitcoin will go down the road.

You could also create your own cryptocurrency?

See, we don’t want to portray ourselves as that kind of business. It is obvious that we will be questioned for launching an altogether different cryptocurrency to support a model that does not actually require it at first place. We don’t wanna send any wrong signals, because people will start debating on the currency itself, leaving our model all alone.

Additionally, a cryptocurrency is as strong as its network. Bitcoin already has got thousands of nodes. It is already equipped with support that ensures the security. Why wasting a lot of money in rebuilding the same network, trust and dozen other things. It doesn’t make any sense.

In future, we could add other cryptocurrencies as well.

When are you planning to launch SearchTrade?

In next few weeks, we will engage audience on multiple community forums. It will be a step-by-step process. Probably, it will take at least six months to bring out a product that fulfills our expectations completely. We’ll launch a prototype however, in about three months. And from there, we want to get more app developers on board. It will be an incremental process.

NewsBTC thanks Mr. Gupta for sparing time to speak to us. We wish that his venture gets to revolutionize the search engine industry.

Tags: bitcoinbitcoin micropaymentsBitcoin NewsNewsSearchTradeSearchTrade search engineVishal Gupta
TweetShare
BitStarz Player Lands $2,459,124 Record Win! Could you be next big winner? Win up to $1,000,000 in One Spin at CryptoSlots