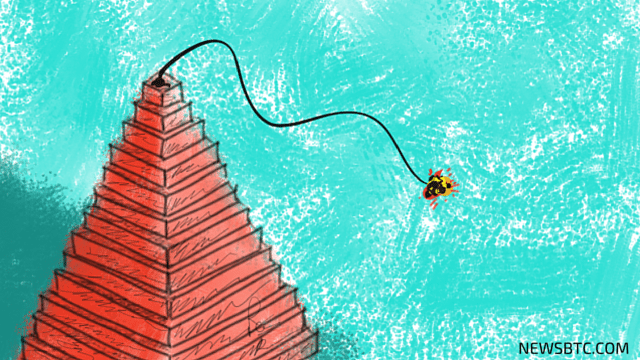 The US Securities and Exchange Commission (SEC) filed fraud charges against the operator of an alleged digital currency Ponzi scheme. The US regulator also froze the assets of individuals connected with this purported scam.

According to the SEC press release, California resident Steve Chen and 13 California-based entities, including the US Fine Investment Arts, Inc (USFIA), are at the center of the alleged scheme. The complaint filed in the federal court in Los Angeles indicated that USFIA and Chen’s other entities have raised more than $32 million from investors in and outside the U.S. since April 2013.

Investigations are still ongoing but if proven guilty, USFIA and its subsidiary Gemcoin would be part of the most lucrative digital currency Ponzi scheme to date. The SEC complaint indicated that Chen falsely promoted USFIA as a legitimate multi-level marketing company that owns several large and valuable amber mines in Argentina and the Dominican Republic.

Investors were then lured into investing amounts ranging from $1,000 to $30,000 while potentially earning higher returns if they are able to recruit more clients in the program. The company then converted these investments into “Gemcoin” which is a digital currency supposedly backed by amber holdings. The SEC alleged that these virtual currencies were actually worthless and that Chen and his companies also misled investors about a lucrative initial public offering for USFIA that never happened.

“We allege that the defendants’ false claims of riches that investors would realize from USFIA’s amber mining activity never materialized,” said Michele Wein Layne, director of the SEC’s Los Angeles Regional Office.  “In reality, as alleged in the complaint, the defendants were operating a fraudulent pyramid scheme that left many investors with nothing.” In addition, Chen his company also violated the registration and antifraud provisions of the federal securities laws and SEC antifraud rules.

Tags: bitcoin ponzibitcoin pyramid schemebitcoin scamdigital currency scamNews
TweetShare
BitStarz Player Lands $2,459,124 Record Win! Could you be next big winner? Win up to $1,000,000 in One Spin at CryptoSlots