Help at hand: Now donate with Bitcoin to help refugees in Europe 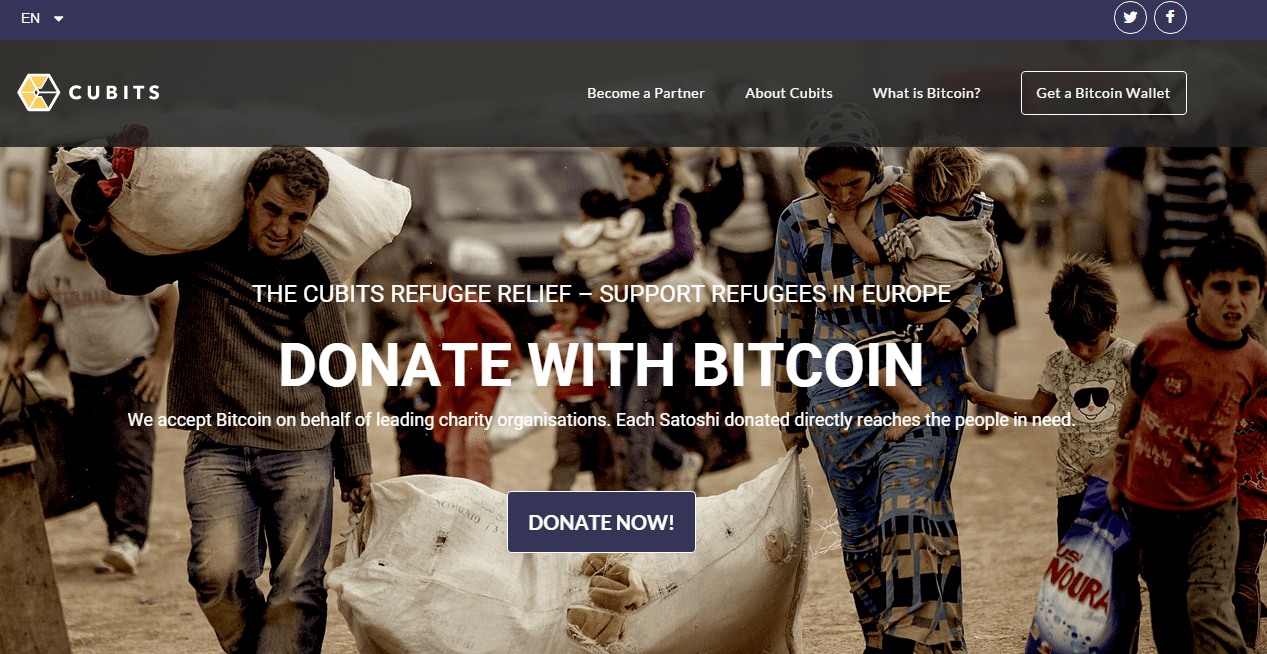 There is good news for those in the Bitcoin community who wish to help the refugees coming to Europe.

The exchange has also vowed that every donated Satoshi will directly and swiftly reach those who need them.

The information on the website of Cubits also stressed in unequivocal terms that “this was an effort to mobilize the Bitcoin community for donations in the light of the acute refugee emergency situation across Europe.”

The exchange also said that these charities are “free to expand their audience with the project and that too completely free of charge or transaction fees.”

Cubits also said that once a Bitcoin donation is received, it is processed, and then given to these charities directly.

To get started, all that a person needs to do is:

The move is certainly great and highlights the strength of the digital currency in the face of one of the biggest humanitarian crisis that Europe has ever seen.

The virtual currency had also emerged as a savior when last month a powerful earthquake and tsunami brought destruction in Chile.

At that time, it was SurBTC, which is also Chile’s first fully fledged Bitcoin exchange, that has started an initiative to collect the Bitcoin with the aim to help the survivors.