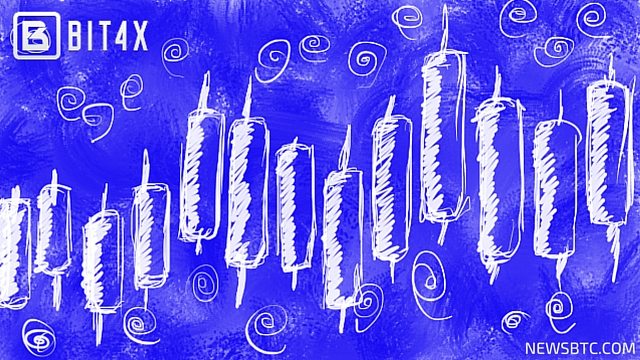 The clients of Bit4x.com are in for a treat!

With the new system in place, now the traders can easily do the following:

The platform was first launched in the year 2012 and its major benefit was that it allowed a user to trade a large range of high liquidity spot FX and CFD markets with the Bitcoin.

Bit4x.com has also come up with an exciting new referral program in which anyone can participate without any hitch. This program also pays 100% commissions for all referrals at least until November 1st, 2015.

The Bitcoin platform says that after November 1st too, the commissions will be good enough and will hover at around 50%, which is pretty generous to say the least.

In the company press release, it is also mentioned that the 100% commission period can be extended to a future date which certainly makes this a great opportunity for its clients.

Explaining the rationale behind the move MaticKocevar, a representative of Bit4X, said that “we wanted to offer the highest paying affiliate program in the Bitcoin-based trading market.”

MaticKocevar further stressed that since word of mouth, and referrals, have been the primary source of their new customers since the year 2012, hence, the move was designed to give back to the people who participate in that.

The platform can be used after one signs up for an account. Those who wish to participate can do so by clicking on the option that reads ‘referrals’ on the Bit4X Account Manager.

The company press release also mentions that Bit4X plans to roll out integrated signals and a new API in the coming weeks.

Tags: Bit4xbitcoinBitcoin NewsCFD Trading PlatformNewsreferrals
TweetShare
BitStarz Player Lands $2,459,124 Record Win! Could you be next big winner? Win up to $1,000,000 in One Spin at CryptoSlots