Will More Businesses Integrate the Blockchain? 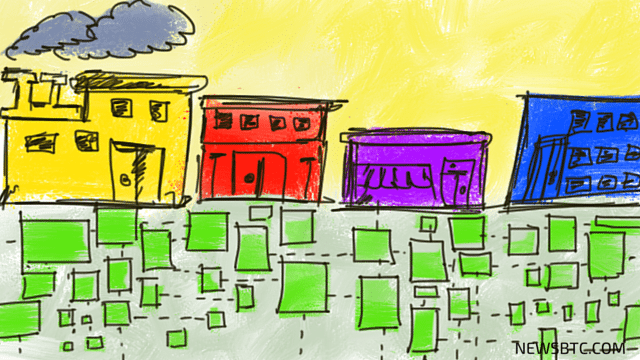 In a recent article published on Bloomberg, former Wall Street executive Blythe Masters explains that she is particularly interested in the blockchain, the shared technology behind everyone’s favorite cryptocurrency bitcoin.

In the article, Masters explains that the blockchain has “a pretty long list of positive attributes,” and that it could potentially bring a whole new level of security to both Wall Street and other financial institutions.

This is nothing that cryptocurrency fans haven’t heard before. Companies such as computer giant IBM have long endorsed the blockchain, saying that it will change the future of business as we know it. The blockchain has certainly secured its popularity amongst those who know about it, so why aren’t more companies embracing all it has to offer? Is it possible that many businesses simply don’t know it exists?

Earlier, bitcoin was referred to as everyone’s favorite cryptocurrency. Among all virtual money currently in existence and use today, it can arguably be said that Bitcoin is the most well-known and has garnered more acceptance with purchasers and sellers alike, but that doesn’t necessarily mean it is understood among the general public. Despite first coming to fruition in 2008, many people admit that they still don’t comprehend bitcoin, much less understand what it is.

This is a disturbing fact for many reasons, and it could mean one of several things. First off, one has to question whether Bitcoin has been well advertised, or advertised enough for that matter. Almost a decade has gone by since its birth, and yet it hasn’t reached mainstream status. Bitcoin has obviously found an audience somewhere and has continued to promote itself to that audience alone, but this group is fairly limited. Any entrepreneur would likely mention that this is not necessarily the way to conduct business or solidify the legacy of a product. The goal should always be to gain customers and expand one’s market arena.

Another possibility may be that people simply don’t try hard enough to stay informed. Members of the public appear to be fairly with it when it comes to the latest I-phone or I-pad, but when it comes to deeper branches of our technological world, several of us stay in the dark.

This may also suggest a lack of need for bitcoin. People call and text every day with friends, family members and co-workers. Staying in touch is important for both business and social purposes, so we make sure always to remain in the “knowing” when it comes to what the latest phone has to offer. It’s likely that the majority of society still relies on traditional banking and more conventional methods to get them through daily life.

The same ideas can also apply to the blockchain. The technology behind could allow for a higher rate of transactions at a faster pace, and with more security in place, the necessity is certainly there. However, with many businesses still relying on wire transfers and similar means to ensure payments to their clients, it’s possible they just may not know enough about it.

Regardless, the true potential behind the blockchain has yet to be reached, but with digital advancements coming almost every day, those who already rely on it and seek its aid and guidance to propel business forward can trust its technological prowess to get the word out and convince others to join in the game.

Tags: bitcoinblockchainBlockchain TechnologybloombergBlythe Mastersbusinessesdigital currencyOpinionwall street
TweetShare
BitStarz Player Lands $2,459,124 Record Win! Could you be next big winner? Win up to $1,000,000 in One Spin at CryptoSlots