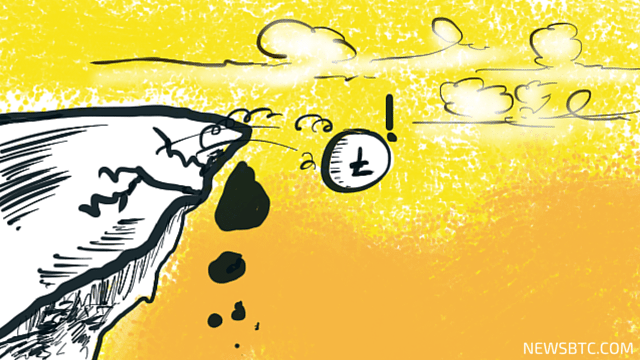 It is very uncommon to see that when Bitcoin rises by 2 percent, Litecoin would rise by a lesser magnitude. What is even rarer is to see Litecoin fall when Bitcoin market hits a new peak almost every day. And now is one such case.

Litecoin is currently trading at $3.090, down 1.31 percent as bulls fail terribly at using the positive momentum to cross the resistance. I had expected a big surge in Litecoin if Bitcoin were to break past $250. I am left very disappointed.

But, even so, let us take a look at the latest underlying technicals.

Litecoin Chart Structure – As can be clearly seen from the chart above, Litecoin meets resistance and eventually, falls to the floor of the trading range. Now that the trading range has contracted even further, there is an increased probability that we may see a breakout by the end of this week.

The latest 9-day SMA of $3.0794 is trying to keep the cryptocurrency afloat.

Moving Average Convergence Divergence – The gap between MACD and Signal Line is narrowing, as momentum turns in favor of the sellers. MACD now has a value of 0.0426 while Signal Line and Histogram have respective values of 0.0323 and 0.0103.

Momentum – The Momentum reading is expectedly flat-to-negative at 0.0996.

Relative Strength Index – Litecoin is going inherently weak as is conveyed by the declining RSI value of 56.2955.

I am not expecting any gains on Litecoin now that Bitcoin has reached its immediate resistance level. Litecoin’s underperformance will extend for a while longer and if the bears up the ante, we might even see a breakdown!

The range has contracted to such an extent that it is only safe to wait for the market to choose a direction. Stay on the sidelines, and adopt a wait and watch approach.