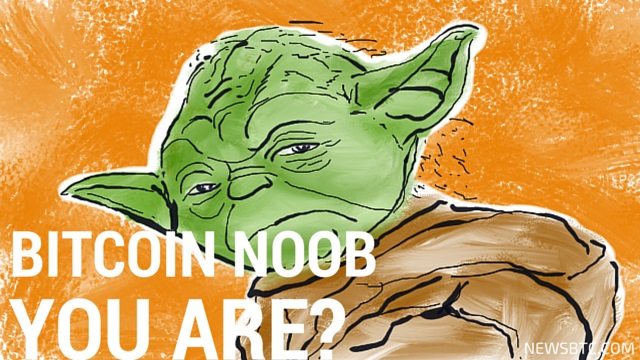 Bitcoin has been around for over 6 years, and gone from cult underground to mainstream, becoming the discussion of corporate executives, politicians, and academics around the world. One would think that is more than enough time to learn the basics about cryptocurrency, but that is sadly not the case.

This is a list of some of the most egregious errors to be commonly made by people. Some of them you’ll agree with, some of them disagree, and some you might even make, yourself. If that’s the case, it’s not your fault–just use this article as a means to improve. We owe it to Satoshi to clear up the following misconceptions:

Anyone hoping to start a business involving blockchain technology needs to know how to spell it. Unless it’s at the beginning of a sentence, you don’t capitalize the b in blockchain, even if you’re talking about one blockchain in particular. The only exception is when you are deifying the blockchain, which is understandable. It is always one word, however.

That’s because a blockchain is basically a thing, more a discovery than an invention. It is a mathematical concept. This is in stark contrast to cryptocurrencies, which are proper nouns that go by whatever capitalization scheme their inventors chose for them. Some like eMunie go the Apple route; some capitalize the first letter; some capitalize the beginning of each subword, as in BitCrystal.

You don’t capitalize the c in Bitcoin. As is the general rule with all money including cryptocurrencies, you write bitcoin in lowercase when you are talking about a unit of Bitcoin (“1 bitcoin”), and bitcoins or Bitcoin for more than one. Bitcoin is always one word, and most importantly, its initials are BTC, not XBT. XBT is merely what’s dictated by the central authority on currency naming conventions, which is irrelevant whether Brunei likes it or not.

Decentralization is serious business. It is changing the world as we know it, impacting actual lives everywhere in a meaningful way. That’s why we call cryptocurrencies digital, not virtual.

In the technical world, virtual means “not real.” A virtual reality machine uses lights and sounds, touch, or even direct neurochemical stimulation to replicate the sensation of navigating a real world. All worlds in virtual reality are virtual worlds, a category that also includes every video game, both single and multiplayer.

Virtual worlds run on virtual currency, such as WoW gold or EVE ISK. The creators did not intend these currencies to have value in the real world, known in the community as “IRL.” They have provided no means of exchanging them for real money or items, and will ban those who try to get around that. This means that the developers control the money supply, implying that all virtual currencies are centralized.

Cryptocurrencies such as Bitcoin are intended to be used IRL, and many people take advantage of it. That’s the hallmark of a digital currency–it’s about intent. Occasionally a virtual community manages to circumvent the developers’ restrictions, or are even freely allowed to build a real economy as in Second Life. Usually, however, the line between reality and fantasy is pretty clear.

Terrorists are not using Bitcoin. Irresponsible news stories like this one claim that terrorists are being funded with BTC, but only mention one particular terrorist cell and don’t mention how many donations they actually received. An ISIS-linked blog suggested that bitcoins could aid their “cause,” but did any terrorists actually listen? No.

Terrorists still rely on methods that have been around for hundreds of years. Local groups like ISIS or Boko Haram are reliant on the hawala system, like many people across South Asia, North Africa and the Middle East. It consists of hawaladars around the world and forms a trust network: you pay a hawaladar in one place, another hawaladar pays your recipient in another place, and the two promise to settle the debt at a later date.

Because hawala originates from terrorism-prone regions, its use by insurgents was just a matter of course. It’s more familiar; concepts such as Bitcoin are alien to them, and our liberty-centric culture clashes with their conservative ideology. The techno-libertarian community tolerates victimless crime like selling hallucinogenic drugs, but would never willingly harbor violent extremists.

Remember: Bitcoin is pseudonymous, meaning that if anyone reveals their address, they lose their anonymity and become fully traceable on the blockchain. That’s another reason terrorists still use cash, which any fighter regardless of education level can understand. Unfortunately, effective use of Bitcoin still requires more knowledge and equipment than much of the world possesses.

But what about more-educated extremists, like high-ranking officials of international terrorist groups? Why, they use banks, of course. Financial institutions like HSBC have helped terrorists for years, but nobody is trying to ban them.

Bitcoin is not a company, and does not seek profit. It is a digital network based on a particular protocol, and has never gone bankrupt or had a CEO who got arrested. Blockchain technology is not going away, so anybody claiming to be an expert on the financial industry must be aware of these things.

Tags: bitcoinbitcoin 101bitcoin noobblockchaincryptocurrencydecentralizationnoob
TweetShare
BitStarz Player Lands $2,459,124 Record Win! Could you be next big winner? Win up to $1,000,000 in One Spin at CryptoSlots