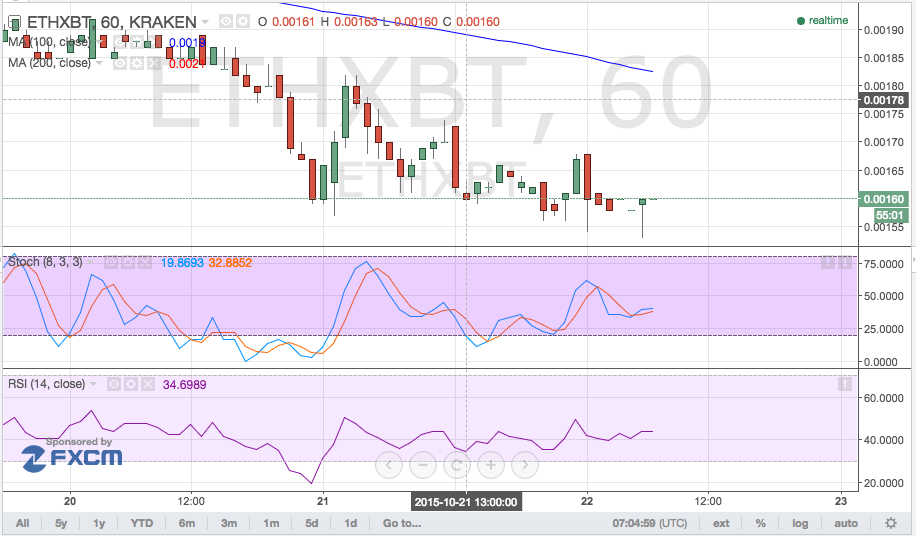 Ethereum price is able to carry on with its ongoing selloff, although sellers appear to be having difficulty taking it down to new lows.

For now, ethereum price is testing the triangle support but several spikes have formed, which suggests that there are plenty of buy orders or take-profit levels around the current area. Stochastic is on middle ground while RSI isn’t giving any clear directional clues as well.

On its 1-hour time frame, price just formed a hammer candlestick right on the support, indicating a quick reversal. Price could bounce back up to the previous highs at 0.00165BTC or much higher until the 100 SMA dynamic resistance.

The short-term SMA is still below the 200 SMA, confirming that the downtrend is likely to carry on, although it’s not clear whether a sharp downside break is likely to ensue or a large pullback to the area of interest at 0.00185BTC is in the cards.