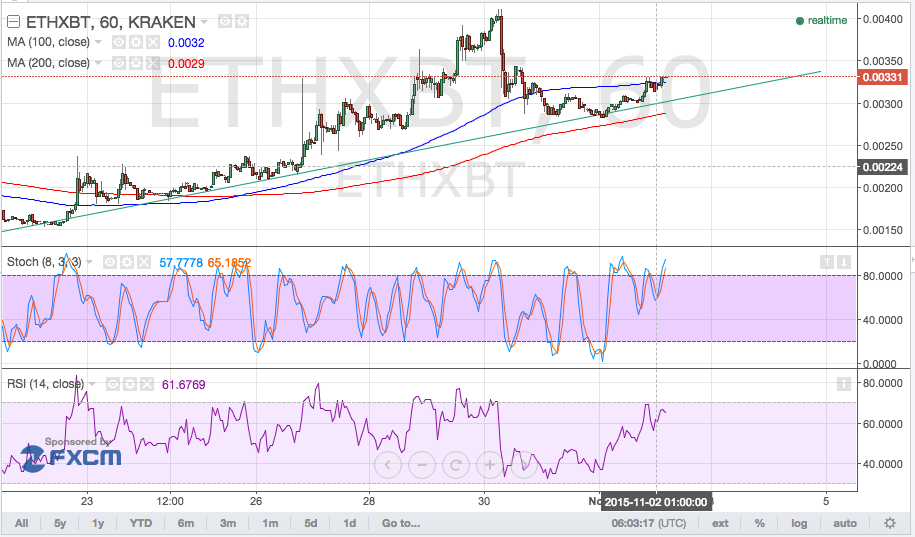 Ethereum price could be in for a short-term downtrend if it breaks below the trend line and completes a head and shoulders pattern.

The neckline of the head and shoulders reversal pattern lines up with the trend line support around the 0.00300 level, with a downside break likely to confirm that further losses are possible. Stochastic is already indicating overbought conditions while RSI is turning lower, both indicating that sellers are getting stronger.

The 100 SMA is above the 200 SMA, which suggests that the uptrend could carry on. If so, ethereum price could recover back to the previous highs at 0.00400. Stronger bullish momentum could even spur an upside break past that psychological ceiling.

The 100 SMA appears to be holding as a dynamic resistance area, though, potentially keeping gains in check and leading to another test of the trend line. A head and shoulders pattern followed by a neckline break could be followed by a drop to 0.00200.