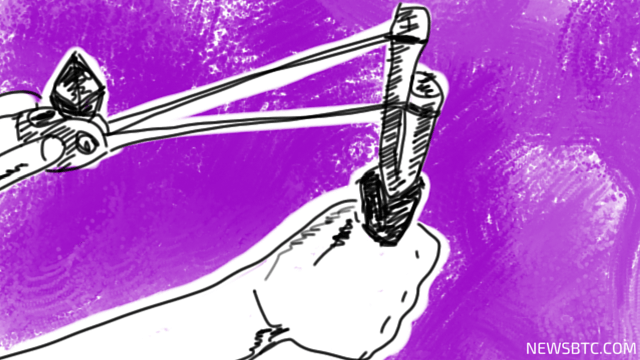 Ethereum price is in the middle of a correction from its downtrend, with the falling trend line or any of the Fibonacci retracement levels likely to hold as potential resistance.

Eyes on the Fibs

As pointed out, any of the Fib levels could hold as resistance with their own merits. The 50% Fibonacci retracement level at 0.00247 BTC lines up with the descending trend line connecting the latest highs on the 1-hour chart while the 61.8% level at 0.00268BTC coincides with the broken neckline support of the head and shoulders pattern.

In addition, the 61.8% Fib is closer to the 100 SMA, which typically holds as a dynamic inflection point. This short-term moving average just crossed below the longer-term 200 SMA, indicating the start of a new downtrend and confirming that the path of least resistance is to the downside.

Oscillators are giving conflicting signals, with stochastic moving down to suggest a return in bearish pressure and RSI still pointing up to show that buyers are in control of price action. This shows that a few more gains are still possible but that buying momentum is fading.