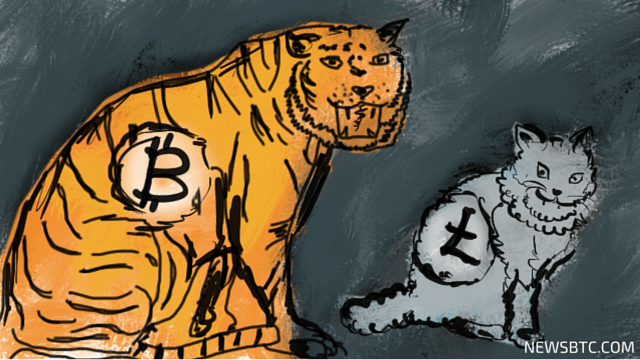 Litecoin price dropped today to $3.76, at the time of writing of this article, and it seems that the market will continue on printing lower lows again today at the end of the day’s trading session. In my opinion, Litecoin price is now emulating what is going on along the Bitcoin/Fiat charts.

By examining the 1 day (LTC/USD) charts from Bitfinex (look at the below chart); plotting the 20,50 and 100 EMAs and executing a Fibonacci resistance fan along a trend line that extends between the low reached on the 29th of October ($2.79) and the high printed on the 4th of November ($5.38), we can notice the following:

By analyzing the 1 hour (LTC/USD) charts from Bitfinex (look at the below chart), keeping the Fib retracement we plotted on the 1 day charts and plotting the 20, 50 and 100 EMAs, we can conclude the following:

Litecoin price dropping as Bitcoin price correction is also heading South. Levels as low as $3.40 are expected within the next 24 hours.

Charts from Bitfinex; hosted by Tradingview.com

Tags: Litecoin price analysisliteoin price
TweetShare
BitStarz Player Lands $2,459,124 Record Win! Could you be next big winner? Win up to $1,000,000 in One Spin at CryptoSlots