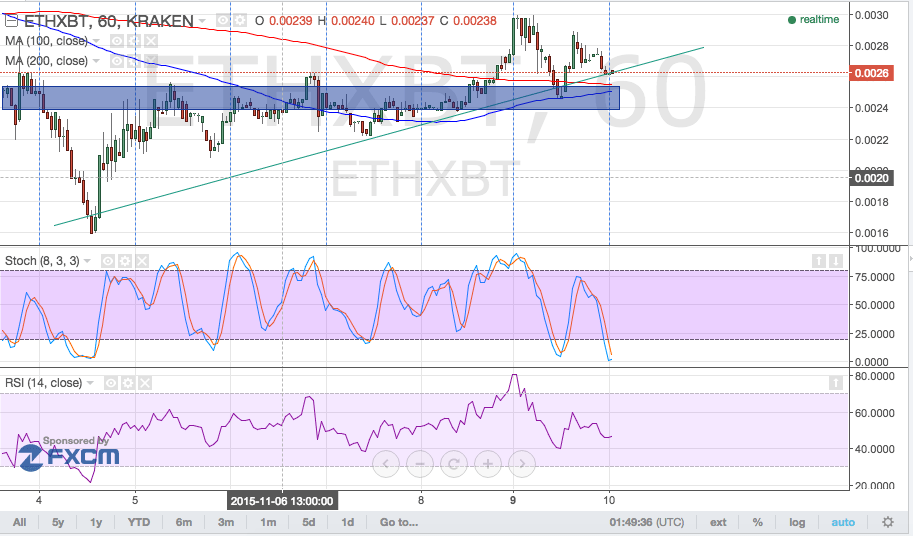 Ethereum price could be on track to testing its previous highs at 0.0030 and possibly make new ones if bullish momentum is sustained.

Technical indicators are supporting a potential ethereum price rally, as stochastic is already indicating oversold conditions. The oscillator has yet to climb out of the area before confirming a return in buying pressure, although a slight bullish divergence can be seen since price made higher lows while the stochastic showed lower lows.

The 100 SMA is below the 200 SMA for now, which means that the path of least resistance is still to the downside. In other words, a downside break of support could be possible. In addition, RSI is heading south, which means that sellers are still in control of ethereum price action.

The SMAs are inching closer together, hinting that a new crossover could be seen. If an upward crossover from the moving averages takes place, more bulls could be drawn in the game, potentially pushing ethereum price back to the 0.0030 resistance area. The moving averages appear to be holding as dynamic inflection points for the time being.