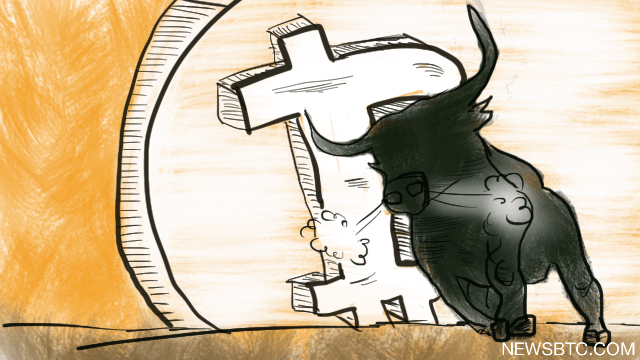 Bitcoin price could use a much larger correction from its similarly large rally throughout past week, possibly leading to a pullback to the 61.8% Fib.

At the moment, bitcoin price is finding support at the 50% Fibonacci retracement level, which lines up with the $350 mark. No reversal candlesticks have formed yet so a larger pullback could be in play.

Meanwhile, the 61.8% Fibonacci retracement level coincides with an area of interest visible on the daily chart. This is the top of the previous ascending triangle consolidation pattern from which bitcoin price made a strong upside breakout.

If this holds as support, bitcoin price could resume its climb to the previous highs near the $500 mark. On the other hand, a downside break could spur a much longer-term selloff for bitcoin price.

Technical indicators are still favoring a correction for now, as stochastic is on its way down while RSI is just turning from the overbought zone. This shows that bears have plenty of ammunition at this point, keeping them in control of bitcoin price action until the oscillators have reached the oversold area and turned higher.

The 100 SMA is above the 200 SMA for the time being but the moving averages are way too close for comfort. This ups the odds of a downward crossover, signaling that more losses are in the cards.

Resistance turned support at the $300 level could still pave the way for a bounce, as a lot of traders are likely placing their buy orders there. This is close to the moving averages and the triangle support, adding to the strength of the barrier.