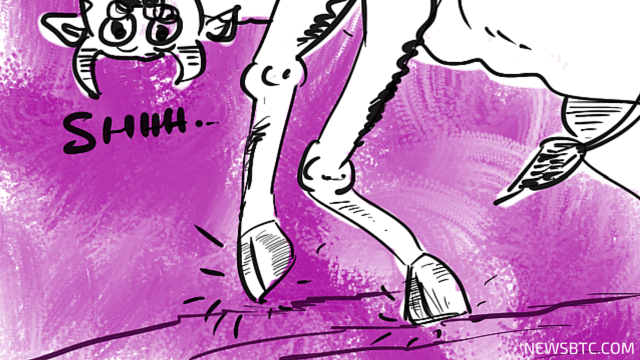 Bitcoin price appears to be finding resistance at the 50% Fibonacci retracement level while technical indicators are hinting that the selloff could carry on.

Bitcoin price already bounced off the 50% Fib on its first test but it seems to be making another pullback to the resistance area, which is right around the 100 SMA dynamic inflection point. This short-term SMA is safely below the longer-term 200 SMA for now, confirming that the path of least resistance is to the downside.

Stochastic is still heading north but is closing in on the overbought region, which means that buyers are starting to feel exhausted. Once the oscillator indicates that the rally is overdone and turns lower, sellers could jump into action and push bitcoin price back to the previous lows at $293.

RSI is also on the move up for now and is already near the overbought area, suggesting that buying pressure could fade pretty soon. The 61.8% Fib might serve as the line in the sand for this correction move, with an upside breakout past the $350 level likely to indicate that a reversal is underway.

If you’re bullish, a long green candlestick past the previous highs and the trend line or 200 SMA could be enough to confirm that an uptrend is brewing. If you’re bearish, shorting at market could be an option for an aggressive entry while holding out for reversal candlesticks is a conservative play.