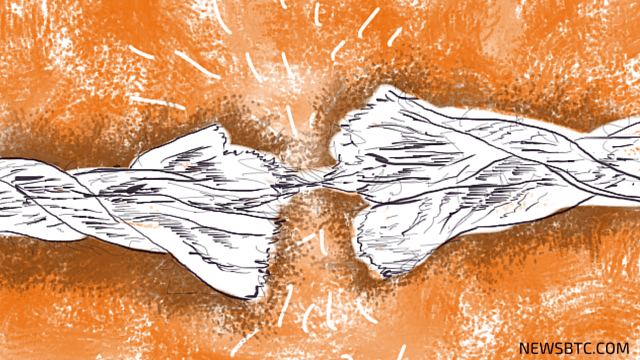 Dogecoin price remains at a risk of further losses, and slowly all possible bullish signs start to diminish with sellers stepping in.

There is a bearish trend line forming on the 30-mins chart of the Dogecoin price (data feed from CEX.IO). The highlighted trend line acted as a resistance on many occasions, and it is likely to act as a catalyst for the downside move in the near term. The price need to convincingly settle below the 100 moving average (MA) for sellers to gain control and take it lower.

Looking at the hourly chart of the Dogecoin price (data feed from HitBTC), there is a spike towards 48.0 Satoshis that looks like a false move. The price is currently trading near the 50% Fib retracement level of the last move from the 28.4 Satoshis (low) to 47.8 Satoshis (high), and looks like struggling at the moment. No doubt, the current price action is a bit choppy and there is no clear trend. However, the bearish signs are more compared to the bullish signs.

Hourly MACD – The MACD is setting up for a change of slope may be towards the bearish zone, highlighting more losses.

Hourly RSI – The hourly RSI has moved below the 50 level, which is a sign that buyers are losing traction.

Tags: DogecoinDogecoin price chartdogecoin price technical analysisDogecoin Price under pressure
TweetShare
BitStarz Player Lands $2,459,124 Record Win! Could you be next big winner? Win up to $1,000,000 in One Spin at CryptoSlots