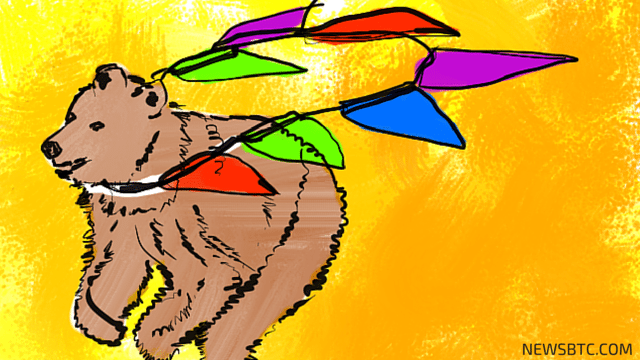 Bitcoin price could be due for another break lower, potentially sending it down towards support at the $300 level.

Technical indicators are giving mixed signals though, which means that a downside break isn’t guaranteed yet. For one, the 100 SMA is still above the 200 SMA so a break higher might still be possible.

In that case, bitcoin price could head up to the nearby area of interest at $370-380 where the previous consolidation pattern formed. Stronger bullish momentum could even spur a climb past the $400 mark.

On the other hand, a downside break below the current support at $330 could lead to a tumble all the way down to the $300 psychological floor. Stochastic seems to be on its way down, indicating that sellers are in control of price action. However, RSI is on middle ground and cruising sideways, not really offering any strong directional clues at the moment.

Bitcoin price is already nearing the peak of the triangle or pennant, which means that a breakout is bound to take place soon. The upcoming release of the FOMC meeting minutes could serve as a strong catalyst for the US dollar, as the report is expected to shed more light on the Fed’s chances of hiking rates in December.

Strong indications of a December liftoff could spur more declines for bitcoin price against the dollar, as this monetary policy bias is supported by upbeat data from the US. Meanwhile, more signs of hesitation among dovish members could spur an upside pennant breakout.