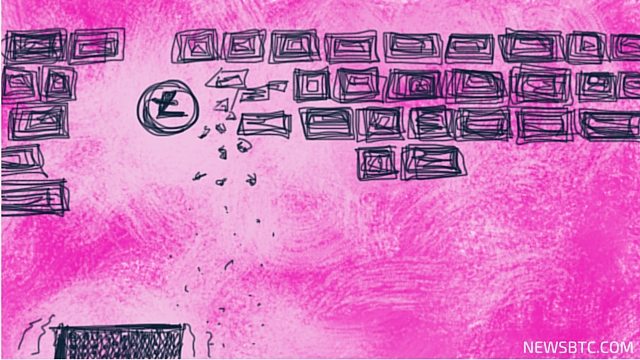 Litecoin price moved lower sharply and failed to trade higher, suggesting that buyers are struggling to hold the ground.

Finally, our previously highlighted $3.40 resistance area acted as a catalyst and pushed Litecoin price lower. A major support trend line on the hourly chart (price feed from Bitfinex) was cleared to open the doors for more downsides in the near term. Moreover, the price settled below 100 hourly simple moving average (MA), which is a sign that sellers were in control.

The price dived after the stated break and traded below our initial sell target of $3.10. The price traded as low as $3.04 where buyers barely managed to hold losses. We need to note that $3.00 represents a major support area. So, there is a chance of a minor correction moving ahead may be back towards the previous support of $3.20 that could act as a resistance now. An initial resistance can be around the 38.2% Fib retracement level of the last drop from the $3.23 high to $3.04 low.

A clear break and close below an important support area is also visible from the price feed Bitfinex as shown below.

RSI – The hourly RSI is around oversold reading, pointing towards a minor correction moving ahead.

Overall, there is a chance of a minor correction, but buyers may struggle near $3.20.