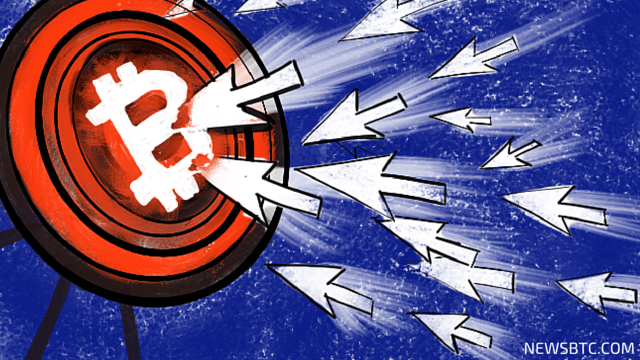 Last week, some of the top bitcoin news site services were down for some time. At the time of writing of this article our competitor, Cryptocoinsnews (CCN), has been down for more than 5 hours with 522 and/or 525 page errors loading for users attempting to visit their site. I tried contacting the guys at CCN asking them about why their site was down, but they refused to give me any clues. However, it seems that a DDoS attack is the reason why CCN are down.

Last Monday, Coindesk’s website, another one of our competitors, was down for around 2 hours. A 522 page error, or a special page with a ” Sorry for the inconvenience, normal service will be resumed in a moment” message would appear to users attempting to logon to their website back then. Below, is a snapshot of the server status of Coindesk from isitdownrightnow.com last Monday. Although no one from the company commented on their service outage or explained why their website was down, it also seemed to me like a DDoS attack, given their popularity and the long duration of the web server failure.

On Wednesday, I was informed that there was a DDoS attack attempt on our website that was mitigated successfully by our security team, so I decided to interview Jon, the owner of NewsBTC, about the incident:

What exactly happened on Wednesday?

Jon: I had a call from our security team informing me that there had been a DDoS attack attempt on our website that was mitigated successfully via our security protocol.

What was the type of DDoS attack?

I am not an expert in security, but our security guy mentioned a “layer 7” type of attack.

How did youR security team turn down this attack?

Our security protocol details represent classified information that we don’t share with the public, but our security team use a form of “blackholing” to mitigate such attacks.

On Saturday, CT, another bitcoin news website, was inaccessible to all its users worldwide. For 2 hours, the website was displaying a “cached” version of the site’s pages via Cloudflare’s DDoS protection service and since then, CT has turned on the full DDoS protection from Cloudflare for all its users which can be annoying to the visitors, because it slows down page loading. Moreover, DDoS protection is claimed to hurdle Google’s spiders, so it slows down the indexing of a site’s pages on various search engines.

What are DDoS attacks?

DDoS, or distributed denial of service, is an attack that renders a server or a machine inaccessible to its legitimate intended users. Hackers can drive thousands of unique IPs to a web server, via trojans infecting thousands of machines or other methods, to cause failure of the service hosted on that server.

The bitcoin community has been always targeted by criminal perpetrators who attempt to blackmail website owners by DDoS attacks to add a few coins to their bitcoin addresses. The impact of DDoS attacks can be astronomical in terms of the cost of mitigation and the consequences of failure of the website service such as termination of advertisers’ deals and shrinkage of customer or fan base.

So, are we facing a new wave of hackers’ attacks against bitcoin news portals? The following couple of weeks will surely lead us to the answer.

Tags: Bitcoin hackBitcoin newsddoshackedInterviews
TweetShare
BitStarz Player Lands $2,459,124 Record Win! Could you be next big winner? Win up to $1,000,000 in One Spin at CryptoSlots