Bitcoin Accounts for less than 1% of ISIL Funding 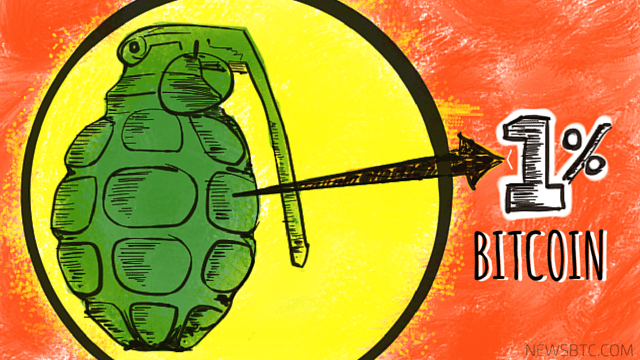 As told by Russian president Vladimir Putin on national television, the majority of the funding received by ISIL militants come from:

Putin and established financial institutions claim that the oil reserves of ISIL generate around US$500 million annually.

“According to U.S. Department of the Treasury officials and data they released in the wake of the Paris mayhem, the terrorist group is actually taking in $500 million from oil a year,” reported Bloomberg.

The purchases of ISIL oil reserves and the donations from its supporters are kept in Gold Dinar, one of the three main currencies used by ISIL militants. The others include silver dirhams and copper coins.

According to Ghost Security Group and the European Union Institute for Security Studies, ISIL militants receive a small portion of Sadaqa (private donations from global supporters) through bitcoin. However, it accounts to less than 1% of ISIS funds.

“We do believe that ISIS recently — when I mean recently, I mean in the three or four last months — started to use Deep Web and cryptocurrency as a tool for their funding, recruitment, and propaganda. We do not know if they are using any other for of it,” said GSG.

Furthermore, GSG emphasized, “Just to highlight there is zero connection between Paris attackers and cryptocurrencies despite what you may have been reading.”

Currently, the European Union Institute for Security Studies (EUISS) are examining the use of bitcoin on the Dark Web and investigating bitcoin donations provided to ISIL militants over the past few months.

“ISIL’s adept use of social media makes the headlines, but the appeal of the Dark Web lies first and foremost in the anonymity of its services. Sadaqa (private donations) constitute one of ISIL’s main sources of revenue, and its supporters around the world have allegedly used digital currencies such as Bitcoin to transfer money quickly to accounts held by ISIL militants while minimising the risk of detection. Cryptocurrency, the digital equivalent of cash, is often used for payments related to illegal trade, extortion or money laundering as it is particularly hard to trace,” report of EUISS read.

Tags: bitcoinbitcoin ISILBitcoin NewsBitcoin terrorismfundingGhost Security Groupisisputin
TweetShare
BitStarz Player Lands $2,459,124 Record Win! Could you be next big winner? Win up to $1,000,000 in One Spin at CryptoSlots