Denarium Takes Physical Bitcoins to the Next level 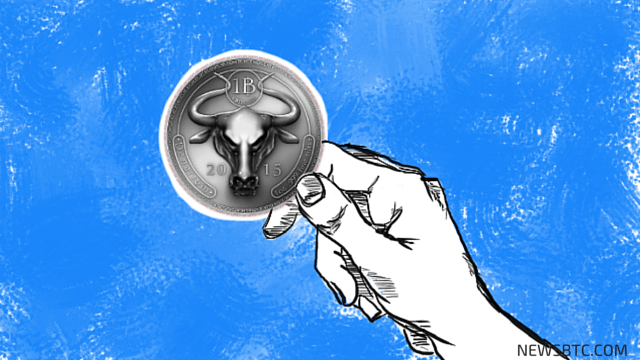 The Finnish company, which was launched in April 2015 with an aim to physicalize Bitcoin, offers an aesthetically and digitally rich collection that is not only loaded with real Bitcoins, but also functions as a real-time Bitcoin wallet equipped with the necessary security features.

Upon its launch, Denarium had released its first two affordable physical Bitcoins with 1/100 and 1/10 in Bitcoin value. The success of their pilot collection influenced the company to further introduce an improved series of physical Bitcoins. The new and simultaneous product launch consisted of two parts: a flagship 1 BTC Series, and the innovative Custom Value Coin – each equipped with 2-of-2 Multisig option (read here to know more about Multisig options).

The Flagship 1 BTC is a limited series edition with a product batch of 250 physical Bitcoins. The coin is made of fine silver and possesses a truly attractive look. Furthermore, it comes in three formats:  Loaded, Empty and Multisig. As the term suggests, the Loaded series (or L series) come with 1 BTC loaded into the physical coin, while the Empty (E Series) comes with no pre-loaded value. Meanwhile, M series can be purchased with loaded Bitcoin value, as well in its empty format.

Custom Value Coin is a no-denomination product that can be loaded with Bitcoin value of users’ choice. Normally, the coin can be bought with pre-loaded value anything from 0.01 to 5 BTC. They can also be purchased empty.

The limited edition series is believed to be an ideal festival gift for your loved ones, as they are good tools to store and use Bitcoin in a secure manner, and also make a good collection for Bitcoin enthusiasts. The physical coins can also be purchased with specifically designed coin boxes.

The first 50 physical Bitcoins of Flagship 1 BTC series have previously been auctioned. Additional physical bitcoins are now on sale at Denarium for 99,90 € per coin.

Denarium has ensured to deliver the ordered products by early December, aiming to give customers enough time to wrap and gift them to their Bitcoin-loving loved ones.

To know more about Denarium and their products, please visit here.

Tags: bitcoin black friday saleBitcoin newsbitcoin thanksgiving saledenariumphysical bitcoins
TweetShare
BitStarz Player Lands $2,459,124 Record Win! Could you be next big winner? Win up to $1,000,000 in One Spin at CryptoSlots