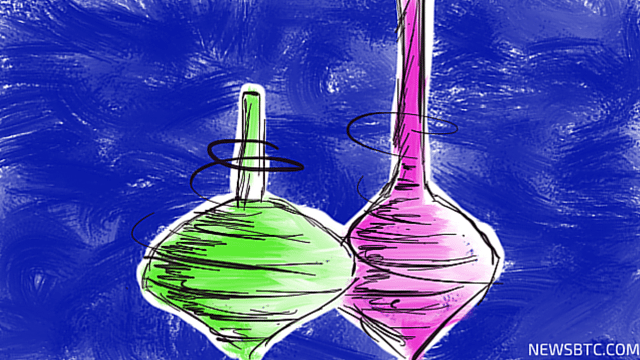 Litecoin price after completing a correction started to trade higher once again, but it is facing a tough barrier near the last swing high of $3.85.

Litecoin price after setting a short-top near $3.83 moved lower as a part of correction. The downside found support near the 50% Fib retracement level of the last wave from the $3.20 low to $3.83 high (price feed from HitBTC). The price completed a correction phase around the stated fib level and started to move back higher. It is currently trading near the last swing high of $3.83 where it is finding offers.

It would be very interesting to see whether the price can move higher or not. A break above $3.85 may call for spike towards $4.00 that can be seen as a significant level. There is a bullish trend line formed on the hourly chart, which is acting as a catalyst for the upside move and helping buyers. Moreover, the 100 hourly simple moving average is also positioned on the downside to act as a hurdle for sellers if they make an attempt to take the price lower.

When we look at the possibilities of a move lower, then there is a monster double top pattern forming on the hourly chart (price feed provided by Bitfinex). The recent high of $3.83-85 may turn out to be a major reason for a downside move. If the price fails to break the stated level and moves down, then it could ignite sharp losses. A break below the 50% Fib level of the last wave from the $3.47 low to $3.78 high might prevent the downside. If sellers clear it, then it may act as a signal for another leg down.

MACD – The hourly MACD is on the verge of changing the slope to bearish, which may be a concern for buyers.

Hourly RSI – The hourly RSI is above the 50 level, which is a sign of relief.

In short, we need to wait for a break in Litecoin price for the next move.