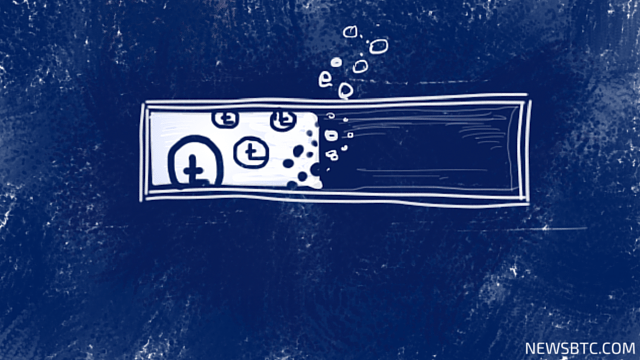 Litecoin price is facing a tough time and trading in a tiny range of $3.80-$3.50 that holds the key in the near term and may cause a breakout.

Litecoin price traded a few points lower, as anticipated in yesterday’s post. However, the head and shoulders pattern highlighted in yesterday’s post is still in making, and only if there is a break and close below $3.50 we may witness a decline. The price moved lower Intraday, but found support near the 61.8% Fib retracement level of the last wave from the $3.46 low to $3.78 high (price feed from Bitfinex).

The stated fib retracement level prevented the downside, as the 100 hourly simple moving average was also aligned with it to hold the losses. Sellers failed to break the $3.50 support area, and as a result, there is a chance of a move higher in the near term. The price is currently correcting higher, and struggling to gain traction as there is a monster barrier formed around the last high of $3.80-85.

It is clear from the 4-hours chart of Litecoin price (data feed provided by HitBTC) that there is a range formed. On the upside the recent swing high of $3.80-85 holds the key for more gains. On the downside, the range support area is at the $3.50 as can be seen from the chart. One important point to note is the fact that the 38.2% Fib level of the last drop from the $5.41 high to $3.01 low is just above the highlighted resistance area. In short, the value of resistance is more compared with the support on the downside.

MACD – The hourly MACD is about to change the slope to bullish, which is a positive sign for buyers in the short term.

Hourly RSI – The hourly RSI is just around the 50 level, and remains at a risk of a break lower.

Our view to wait for a break in Litecoin price for the next move is still valid.