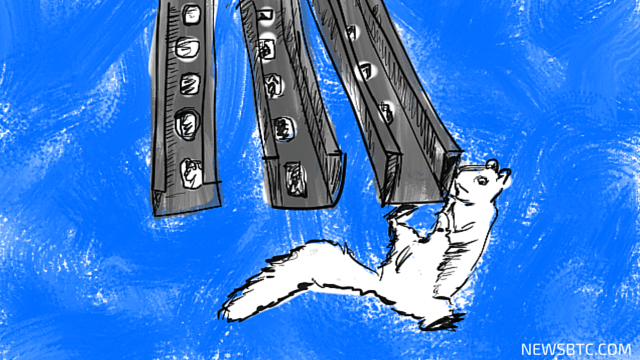 The shorter-term 5 SMA is below the longer-term 20 SMA, which suggests that the path of least resistance is to the downside and that the selloff is set to carry on. The stochastic oscillator is on the move down from the middle ground, which means that sellers are in control of price action.

The moving averages are also holding as dynamic resistance levels, which coincide with the top of the descending channel. A break past these inflection points could indicate that a reversal is brewing.

A bearish divergence is currently in play, with prices making higher highs and the stochastic oscillator making lower highs since December 7. This might confirm enough bearish momentum to take it down to the channel support just below 0.00002 BTC.

Resistance at the area of interest around 0.000022 BTC has held as expected, probably as several sell orders were located in that area. Any long bullish candle closing past that area might be indicative of a looming uptrend, especially once the stochastic oscillator reaches the oversold zone and turns higher.

The trend turnout could hinge on overall market risk sentiment, which has been particularly fickle this week. Higher-yielding currencies and riskier assets like cryptocurrencies have been on the decline, although Bitcoin is able to take advantage of the occasional dollar weakness, unlike other digital currencies like Neucoin.

Commodity price trends could have a strong impact on market behavior, with further declines in oil and precious metals likely to drag less popular cryptocurrencies lower, as well.