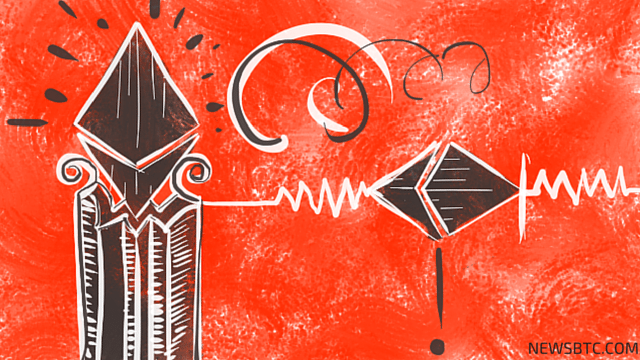 Ethereum’s price could resume its selloff once the Fibonacci levels are able to hold as resistance and keep further gains in check.

Line in the Sand

At the moment, Ethereum’s price appears to be moving past the 38.2% Fibonacci retracement level at 0.00205 BTC, making its way up to the next one at 0.00212. This coincides with the 200 SMA, which has held as a dynamic resistance area in the past.

A larger pullback to the 61.8% Fib level might still be possible, as this lines up with the broken support at 0.0022 BTC. However, this would be the line in the sand for any corrective waves, since a break above the area could signal that a reversal from the downtrend is starting.

The stochastic oscillator is almost in the overbought zone but might still climb higher, which means that there’s enough buying pressure left for a larger correction. The Relative Strength Index is already indicating overbought conditions and might be ready to turn lower, so Ethereum prices might follow suit.

Meanwhile, the Average Directional Index is climbing once more, suggesting a return to trending market conditions. Since a selloff has been in play, it’s likely that this trend would persist. After all, the short-term 100 SMA is below the longer-term moving average, so the path of least resistance is still to the downside unless an upward crossover takes place.

For now, the 100 SMA seems to be edging farther away from the 200 SMA, confirming that bearish pressure is getting stronger and that Ethereum prices could fall back to the 0.0018 lows soon.