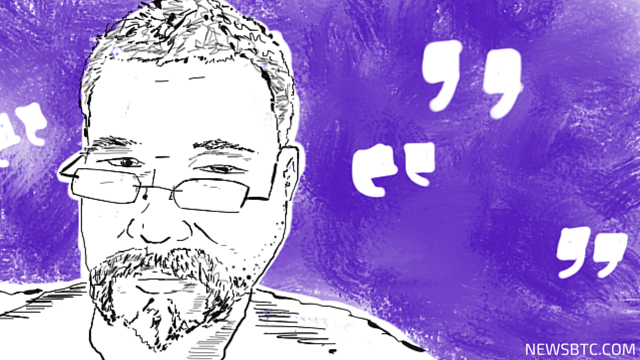 Bitcoin is one of the most–if not the most–important and remarkable invention of the 21st century. It presented us with a new technology that will have enormous implications in the future.

Soon after this new digital currency’s first appearance, many other similar developments started to pop up. New cryptocurrencies other than Bitcoin–commonly known as “altcoins”–are trying to circumvent Bitcoin’s restrictions and limitations.

Litecoin, Feathercoin, Novacoin, and Namecoin all fall into this class. While Bitcoin will only have just a 21 million-coin supply, a large number of the new coins are going for different sums.  Another crucial component is the transaction time; various altcoins like Fastcoin (FST) tried to expedite the transaction times and made blockchain update times (block times) of one minute or under.

Eventually, this arms race for the most innovative cryptocurrency started a battle between different teams of expertsm who were trying to develop new features and improvements contributing to the further development of blockchain technology. Today, there are thousands of altcoins, and a lot of innovations have been introduced.

NewsBTC had a talk with one of the leading blockchain experts, Bitcoin enthusiast and cryptocoin developer Bryce Weiner. Bryce has been involved in dozens of projects in the field for some years now, and we thought he would have much to say on the current digital currency situation.

NewsBTC – How did you get into cryptos?

Bryce – I found Bitcoin (or does it find you?) in late 2009.  I was working for Thomson Reuters at the time and during some independent research, myself and a few friends started to kick around the concepts in public on a small discussion board I operated at the time named AmKon.net (I’m “Cogburn”).

Long story short, I had some important things to do and could only watch from afar until the summer of 2013. I cashed out some coins I mined a few years earlier and bought some ASICs.  The rest is history.

There’s a lot to my background that isn’t interesting from a cryptocurrency perspective, but does explain why I view things they way I do.  In short: I’ve been too many places and done too much stuff for bullshit.  Period.

NewsBTC – Can we hear your comments on Bitcoin versus altcoins?

Bryce – Bitcoin inspired much in the way of new thinking about the problems faced by our modern society.  The altcoin explosion of 2013-2014 allowed for unprecedented experimentation and vetting of these ideas.  Altcoins also provide a means of learning and expression outside of the Bitcoin ecosystem for those that don’t want to deal with the politics.

Bitcoin will always be the gold standard, but it will never be able to teach people how to hash a genesis block or provide the experience of launching a public network.  It doesn’t provide for real experimentation of base concepts. Altcoins have filled those gaps very nicely.  From CHECKLOCKTIMEVERIFY (ViaCoin) to native Tor support (Razor), altcoins have now begun to influence Bitcoin.

NewsBTC – Can we hear your comments on the Razor and PayCoin projects> What made them fail?

Bryce – I’m not sure where the Razor scam rumors started, but over a year later, they seem to have been little else but an effort to besmirch my reputation and the goals of that network.  They are not based on fact, and I’ve never responded to such allegations as they are completely unfounded. I told Ross Ulbricht’s mom that I was launching it in order to help prevent what happened to her son from happening to anyone else.

I don’t care if you think I’d lie to the community, but I wouldn’t lie to someone’s mom while they are serving a life sentence.  That’s still a promise I intend to keep, preferably without going to jail myself. That’s the tricky part I’m still working on and have been very active for most of 2015.  For the record: I’ve never made one cent in profit from any network I’ve launched.  Every single network was a real loss in time, money, and materials… including Razor.

PayCoin is the very thing that some have alleged Razor was.  A scam the magnitude of PayCoin needed to happen so that the rampant fraud that was prevalent in altcoins would draw to a close.  Many prominent Bitcoiners got involved in PayCoin behind the scenes in very real and material ways.  Everyone needed to just get it out of their systems, and quite frankly if someone were to go to jail for a $14,000,000 cryptocurrency fraud one couldn’t pick a nicer guy than Josh Garza.  I’m glad Josh Garza exists, as it illustrates the difference between people out to take advantage of others in this space and people like me.

NewsBTC – Last February there was a lot of discussion about you sending a tip to a supposed ISIS Twitter account. What can you tell us about the ISIS/Daesh tip issue?

Bryce – To this day I am the only American citizen who ever attempted to fund ISIS and has remained a free man.  It highlights many issues that are still and shall continue to be relevant to Bitcoin in the realm of international settlements.  Some people are simply naive as to not only the technology they got millions to implement, but in regulations and in basic technology itself.

For instance, it was said that my IP address was banned from that service, but what exactly does banning someone’s IP address on Twitter-based service actually accomplish?  Nothing. Furthermore, if what they said was true, then how did they get my IP address, at all?  It’s nonsense.

The service also announced they were OFAC compliant, which doesn’t make any sense unless they are data mining the hell out of your social media accounts to the point where they can derive an actual identity suitable for compliance.  How else could a service operating such as that one be OFAC compliant, or it was an outright lie (which would be a much bigger issue than broken compliance)?  That sort of corporate mindset, to me, and for where we are in the evolution of the Bitcoin ecosystem, is much scarier and a much more real and immediate than the threat of ISIS in Bitcoin.

NewsBTC – Can we hear your thoughts on the Dr. Craig Wright Being Satoshi Nakamoto case?

Bryce – I’m one of those people that doesn’t think the identity of Satoshi matters.  I’ve encouraged rumors that I am Satoshi for just that reason (I have a decent claim, beyond being around since 2009).  The simple fact is that until someone produces a signature from a wallet linked to Satoshi, there’s simply no reason to get excited.

Let the MSM have their circle jerk, and all the while quietly smile to yourself knowing that the real Satoshi could actually prove it.  Dr. Wright took down his Twitter account yesterday as a result of the attention.  Maybe someday I… er… he will be moved to produce the signatory proof, but as I respondm there’s evidence emerging that the PGP keys were forged.  That “someday” is not today.

NewsBTC – What’s your understanding of how regulation over Bitcoin and other cryptocurrencies should be done?

Bryce – Money is a game that people made up so they could fuck with each other instead of kill one another over disagreements.  Some mistake this for “power” or “control” or, even worse, “manifesting.” Regulations are the rules by which the game is played.

Bitcoin seeks to upset that game and install its own rules, however those who have played the game the longest have the most to lose under any new paradigm. [The powers that be] in global economics are simply not going to go quietly into that good night.  That Bitcoin has not met with greater resistance belies the threat that banks perceive it represents: little to none.

I also happen to agree.  People in Bitcoin have a problem with a sense of scale: be it the number of people who use Bitcoin, to the technology itself, to what all those little zeroes after the dollar sign and before the decimal point actually mean in the real world.  I think that education may very well be swift, painful, and looming on the horizon.

NewsBTC – To end our interview, I’ll ask you to comment on the current state of digital currency and the future of Bitcoin.

Bryce – Digital currencies, DCs, are the future of money and always have been.  Fintech was not disrupted by Bitcoin, it was disrupted by PayPal, prepaid debit cards, payday loans and like services. The blockchain technology upon which Bitcoin is based is more of a boon for the fintech industry than Bitcoin, itself.

Investments in blockchain development are already approaching that of Bitcoin, and I predict will eclipse it in 2016.  In such a landscape, Bitcoin and other decentralized currencies serve niche roles and specific communities. As corporate-backed blockchain currencies appear with growing frequency, in the very near future the digital currency one uses will be a fashion statement bordering on the political.

However, I believe that even before that time we will begin using blockchains without our direct knowledge, probably by the end of 2016.  Loyalty programs, credit cards, and end-user accounting are all reduced to almost academic exercises when leveraged with blockchain technology.  The cost savings provided by a private, permissioned, distributed blockchain as opposed to federated server farms (and the employees to staff them) are nearly impossible to argue… and nobody even tries.

Tags: altcoinsbitcoinblockchainBryce WeinerInterviewsisisNewsOtherpaycointipping
TweetShare
BitStarz Player Lands $2,459,124 Record Win! Could you be next big winner? Win up to $1,000,000 in One Spin at CryptoSlots