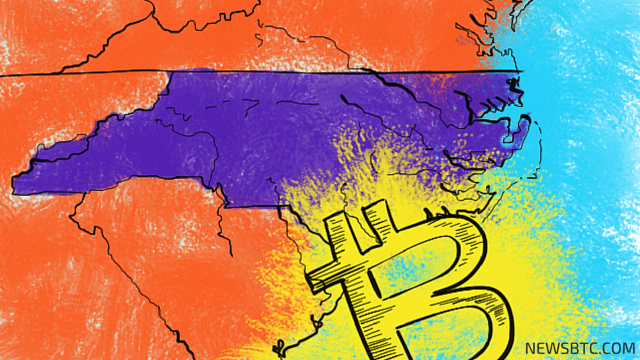 Like New York, many began looking at North Carolina with a questioning eye when it was announced the state would look into Bitcoin regulation earlier this year. The bill calling for regulation has advanced since it came to fruition in July, and many businesses and digital currency enthusiasts were ready to pack their bags in the event that things elevated from there.

As we reach the end of 2015, it appears as though there are exceptions within the bill’s lawful grasp. North Carolina is looking to be the new arena for cryptocurrency regulation, but not everyone will be regulated, it seems.

According to CoinDesk, select Bitcoin and blockchain-related businesses are entitled to exempt status; currency miners may continue on their merry paths without interference. Joining them are businesses who take part in non-financial blockchain services, so those likely integrating blockchain technology merely for record-keeping practices or anything similar will be able to escape the state’s hand. Finally, multi-sig and non-custodial wallet providers are also in the clear.

The North Carolina Office of the Commissioner of Banks and the Chamber of Digital Commerce based in D.C. have been working together to allow for such exemptions, in an alleged attempt to avoid problems that have been witnessed in New York and other “regulation-hungry” states.

But it appears things end there. The NCCOB clearly states on its FAQ page that digital currency transmission is regulated under North Carolina law, and that administrators and exchanges are also subject to the rules. The page dutifully explains:

However,there’s some special frosting to this financial cake. Unlike New York, North Carolina does not require digital currency businesses to attain special licenses in order to operate, so when all is said and done, maybe relations between North Carolina and Bitcoin enthusiasts can continue with ease and tranquility.

Tags: bitcoinBitcoin Newsbitcoin regulationbitlicenseblockchainchamber of digital commerceD.C.nccobNew YorkNewsnorth carolinanorth carolina bitcoin billNorth Carolina Office of the Commissioner of Banks
TweetShare
BitStarz Player Lands $2,459,124 Record Win! Could you be next big winner? Win up to $1,000,000 in One Spin at CryptoSlots