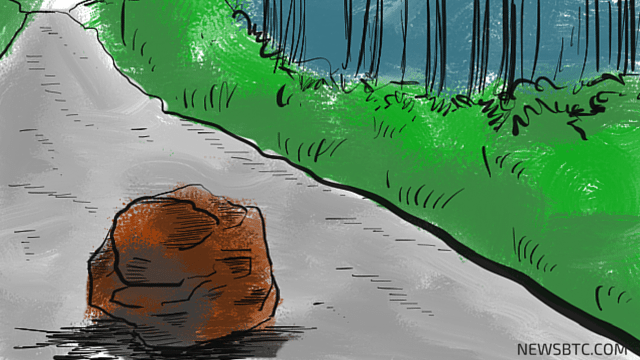 Bitcoin’s price could turn upon hitting the $500 level, as this lines up with the yearly highs and a long-term area of interest.

As seen on the daily time frame of Bitcoin prices, the pair is stalling around the $450 level but might still have enough energy for a spike higher to $500. The 100-hour Simple Moving Average just crossed above the longer-term 200 SMA, indicating that further gains are possible.

If bullish pressure is strong enough, Bitcoin prices might even be able to break above the area of interest, taking it up to the next resistance around $600. However, the Relative Strength Index is already moving down from the overbought zone, which suggests that bulls might need to take a break and let sellers take over.

Similarly, the stochastic oscillator is also on the move down, and bitcoin prices might follow suit. If so, Bitcoin could drop back to the next floor around $300, which is also an area of interest.

The $300 area also coincides with the moving averages, which have held as dynamic inflection points in the past. Should the 100 SMA move further away from the 200 SMA, bullish momentum could build up and provide bulls with enough energy to take the Bitcoin price much higher.

Of course, ranging market conditions could also come into play especially since the end of the year is approaching. Upcoming catalysts include the FOMC statement on December 16, as the Fed is expected to hike interest rates and drive dollar demand. If risk appetite stays in play, Bitcoin could hold on to the upper hand.

Tags: abra bitcoinbitcoin pricebitcoin technical analysisbitcoin trading
TweetShare
BitStarz Player Lands $2,459,124 Record Win! Could you be next big winner? Win up to $1,000,000 in One Spin at CryptoSlots